H. P. Lovecraft is, arguably, the most important author in the history of horror. The recalcitrant racist from Providence basically invented the modern horror genre back at the turn of the 20th century. Thorsten Bonsch (Xenomurphy) has created (with some help from Legopard) a highly atmospheric LEGO imagining of his study, complete with diabolical details and pretty presentation. 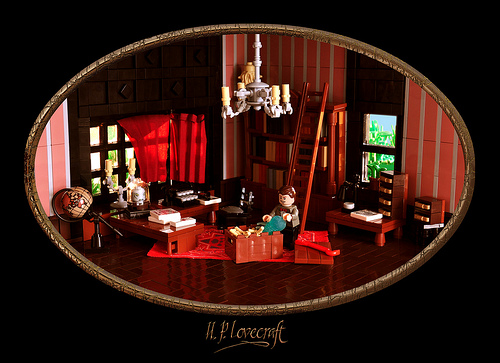 PS. And yes, I am planning to enter Alliterathalon 2013.