As we return to our regular programming, Mike Crowley is being laid to rest in his hometown of Melrose, Massachusetts today. I have so many more favorites I want to share that I’ll be interspersing a few more among the new LEGO models we’ll begin posting again.

One of Mike’s most ambitious LEGO projects was to build a larger-than-Miniland-scale version of the Mos Eisley Cantina and all its denizens. Josh blogged Ponda Baba back in 2008, and this wonderful sculpture of the infamous Aqualish pirate has certainly stood the test of time. 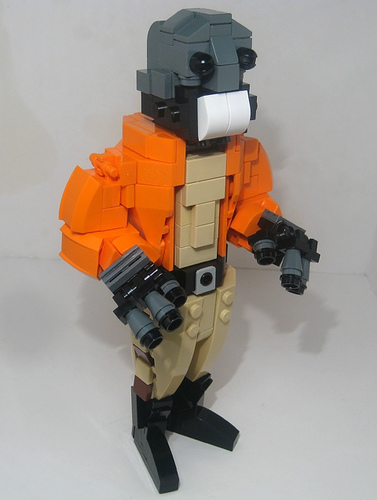 You can almost hear jaunty music when you see all the Bith musicians of the Cantina Band. 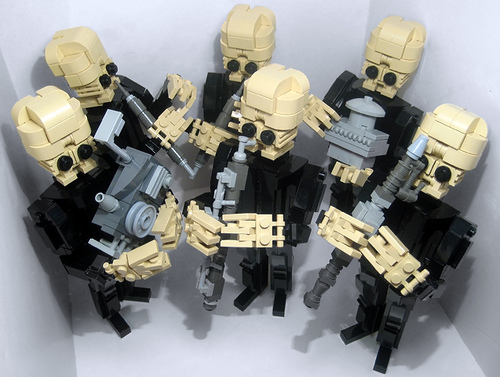 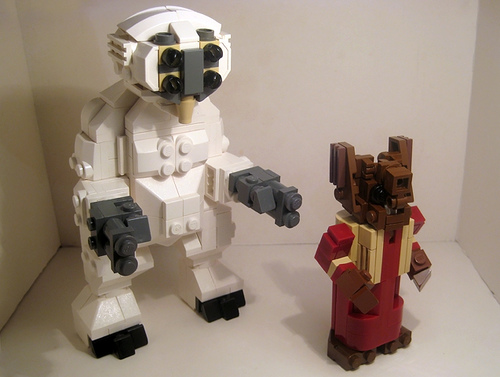 You can see all of the characters Mike finished in his photoset on Flickr.