This past weekend, LEGO announced the new 10226 Sopwith Camel set at AFOLcon in Manchester, UK. 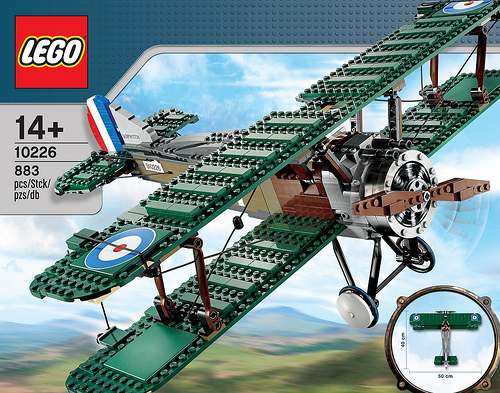 In addition to the large-scale version, LEGO will also be releasing a mini version: 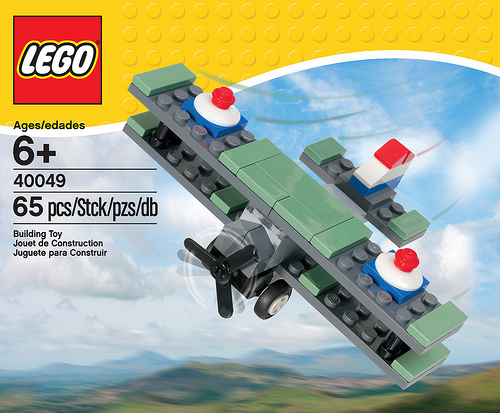 Relive a classic era of aviation history with the Sopwith Camel biplane!

Recreate your very own piece of aviation history with the historic Sopwith Camel. This detailed replica of one of the most recognizable British single-seat biplanes ever to have graced the skies. Features include a realistic rotating propeller and engine cylinders, hinged tail rudder, realistic tension wires, functioning wing ailerons and tail flaps that can be controlled from the cockpit – just like the real plane! The detail doesn’t stop there; this authentic model has over 880 bricks, including dark green, dark tan and metallic silver elements.

Available for sale directly through LEGO® beginning June 2012 via shop.LEGO.com, LEGO® Stores or via phone.

In addition the Sopwith Camel has many sought-after parts including some metallic parts on the cowling and new 1×1 round tiles. “We’re also introducing the 1×1 brick in dark tan, which was on our top ten list of elements that our fans want and we give you quite a few of them,” adds Jamie

“We have tried to avoid stickers wherever possible and have a brick-built rudder in the characteristic red, white and blue of the original. Also included are dark green 8×16 plates and 1×3 tiles in the same colour.”