A certain LEGO convention here in Seattle wasn’t the only major event happening this past weekend. To share what was going on in England, we’re pleased to bring you this guest report by JasBrick.

Whilst pictures from Brickcon this weekend tantalised those of us that could not get there (I almost fell off my chair when I saw the Tower of Orthanc by OneLug) I am pleased to say that my own weekend was filled with a Lego event closer to home… Steam: The Great Western Lego Show. 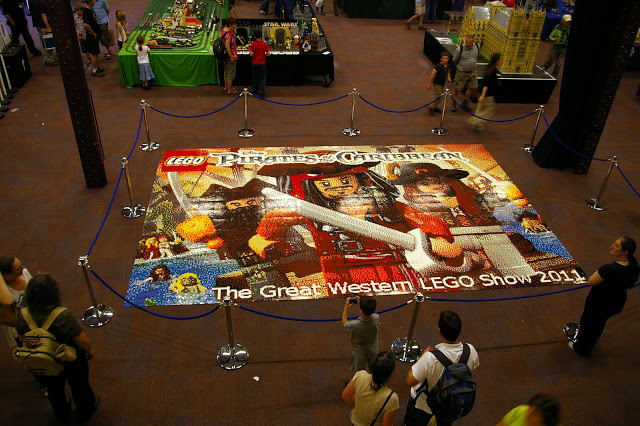 Since 2002 the annual Great Western Lego Show has been held in Swindon UK and this year was another amazing event that proved that this is the biggest Lego event in the UK calendar. The event is organised by Martin Long and a team of dedicated volunteers from the Brickish Association and is set in the impressive surroundings of the Steam Museum that is dedicated to the history of the British Railways (which means a serious number of Lego train MOC). 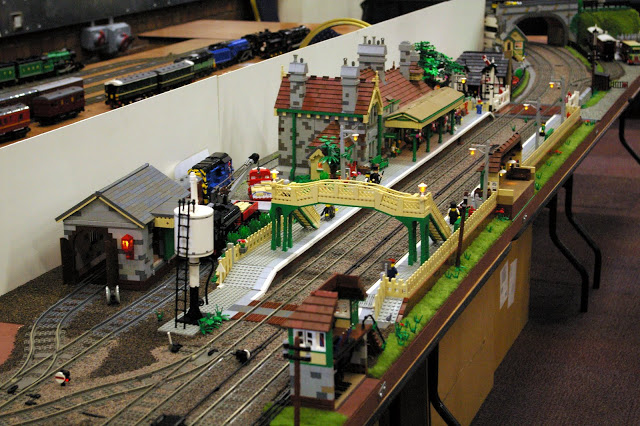 Steam consists of two public exhibition days and some fantastic opportunities for AFOLs to socialise (some people are still hungover ;-)). One thing that really stood out for me this year was the fact that the Lego company really made an extra effort to support this event with the presence of two designers (Jamie Berard and Morten Graff-Wang) over the whole weekend and the simultaneous unveiling of the new Castle Joust set in conjunction with Brickcon. 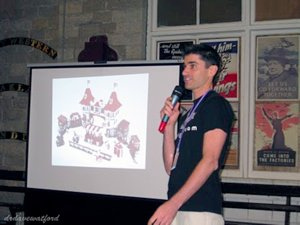 In addition to a huge number of pretty amazing standalone MOCs like Eyrie Town by Rod Gilles (2 much caffeine, an online friend that I had the pleasure of meeting for the first time at this event). 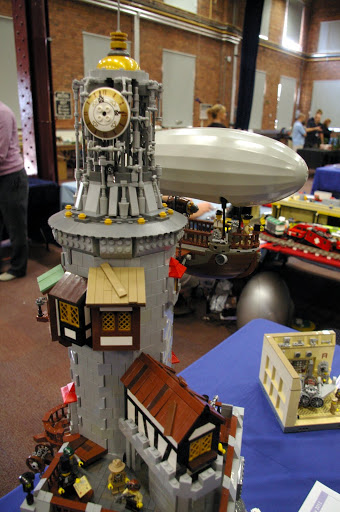 What makes Steam really special is the number and scale of collaborative displays at the event. One of my favourites was The World of Harry Potter that included a series of amazing scenes from the films recreated in Lego. Here is one picture of the Great Hall from Hogwarts by Thorskegga: 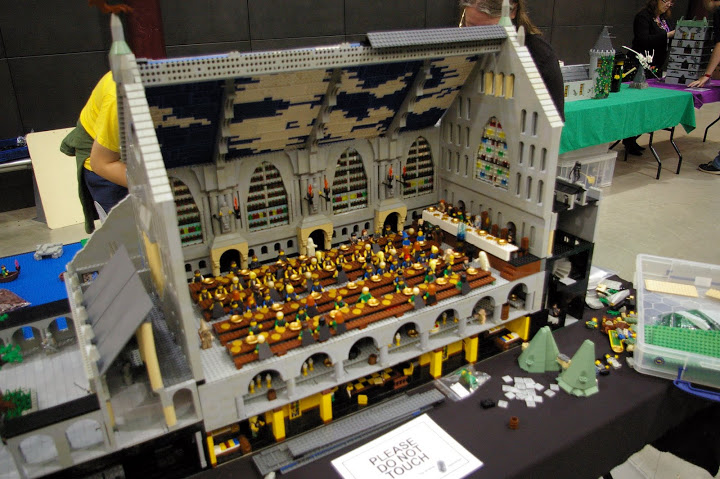 And the defence against the dark arts classroom by Andrew Danieli: 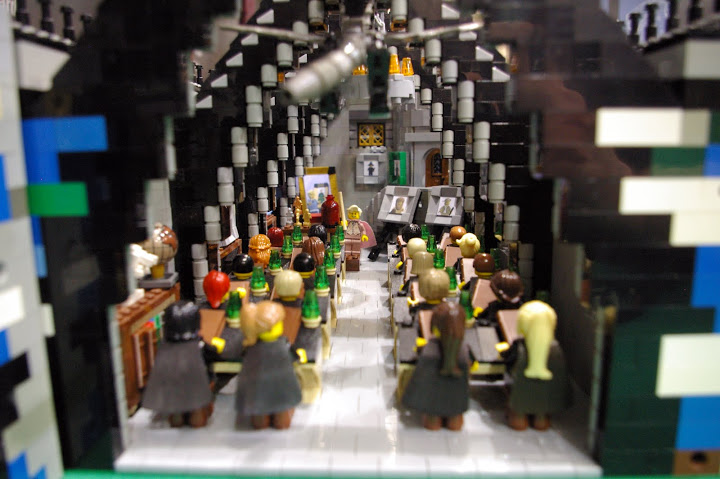 One event that dominated the early part of 2011 was the Royal Wedding in April and Warren Elsmore and a team of helpers have created one of the biggest builds I have ever seen with a very accurate recreation of Westminster Abbey… just look at the size of that monster: 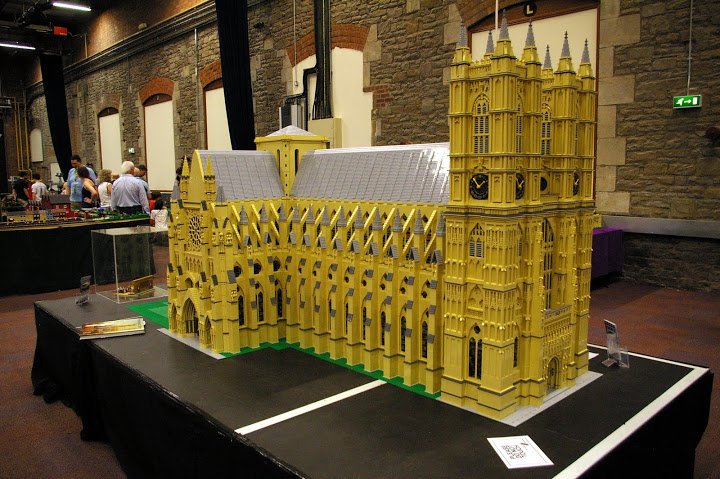 For those more interested in Sci-Fi there was plenty on display such as the amazing layout by the Peter Reid (legoloverman, who also impressed me with a few wonderfully detailed custom minifigs that he had created before finally seeing the light and putting such heinous behaviour behind him) and Tim Goddard (RogueBantha): 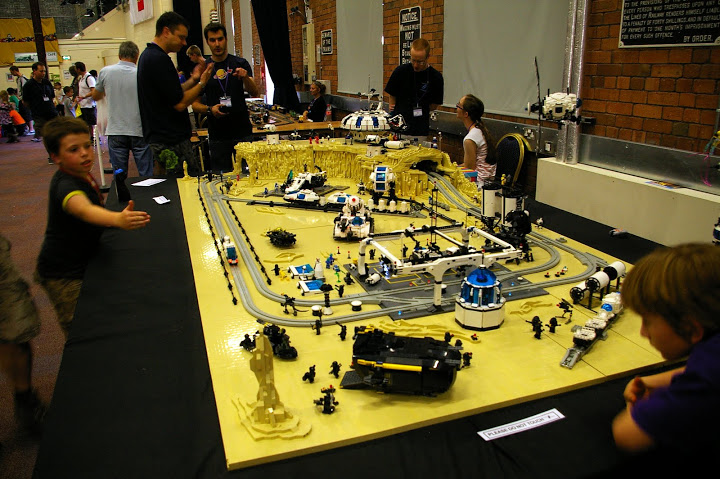 Humour and amazing building combined in The Seige of Haradford Castle where James Pegrum (peggyjdb) was ably assisted by Barney Main (slyowl) in a rather vicious battle fought between the fleshie and yellow armies over the battlements of a truly impressive castle built by James. The battle progressed throughout the weekend culminating with a win for James after sneakily taking advantage of the fact that Barney had to leave early. 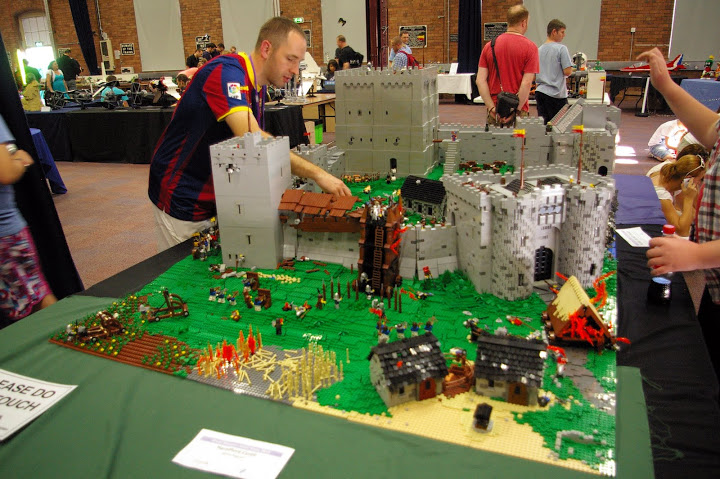 The above are just a few of the highlights of this tremendous weekend and please check out the Gimme Lego blog by Dr. Dave Watford for more insight into the event and the following galleries to see what amazed the over 7,000 visitors to this year’s display.

Looking forward to next year already!