I have to say that Castle totally rocked this year. This was my sixth year being involved in the Castle section at the Con and I think this was the best so far. Everyone involved really stepped it up this year and they all deserve a round of applause. 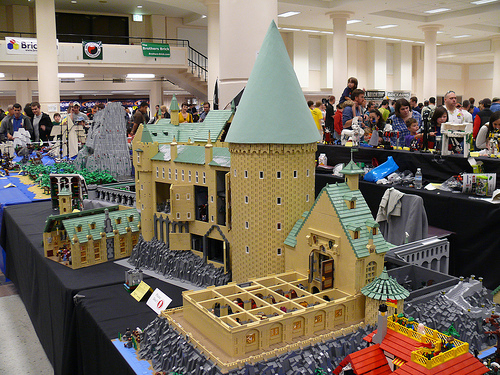 The quantity of creations was overwhelming and we had to beg, borrow and steal more area (Many thanks to Steve Walker and Wayne Hussey for making that process virtually painless and to Scott Fowler for graciously giving up part of the neighboring Pirate tables). But quantity doesn’t really say much about a section. It was the quality of the creations that really blew me away. I knew that the builders who were coming had skills but they all out did themselves.

Our collaborative layout was packed with so many builds, flowing from one to another, that it was difficult to see everything and the section of stand-alone models was outstanding.

We had three categories for which builders could win a trophy and a LEGO set. The voters were very hard pressed to make their selections, but they finally did and the winning models and builders were:

Best Fly-in Dragon:
Whiskers by Myself 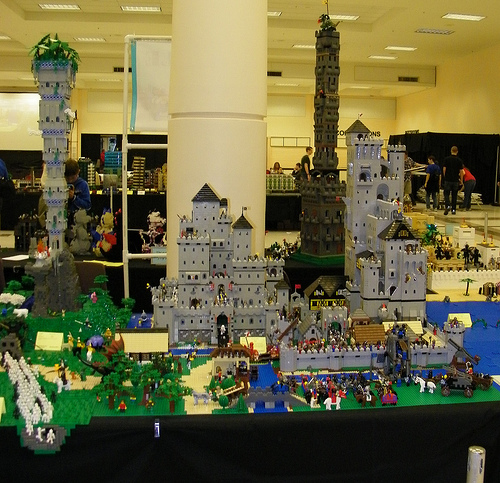 Hearty thanks also need to go out to the following people and companies: To Will of Brickarms for the awesome contributor packs and prototype weapons that he made especially for us, to Ryan of BrickWarriors for the sweet fig packs he donated and to Learning Loft Toys for the Lego set prizes they donated to our winners.

We all had a great time and plan to make next year even bigger and better. So if you want to ‘Go Medieval’ at BrickCon next year, please join us! BrickCon!!!