As we speak, this new set is being unveiled at BrickCon in Seattle, and probably the Great Western Train Show in the UK. While most of the Brothers Brick are at BrickCon enjoying seeing this in person, the honor falls to me to share the set with our readers. 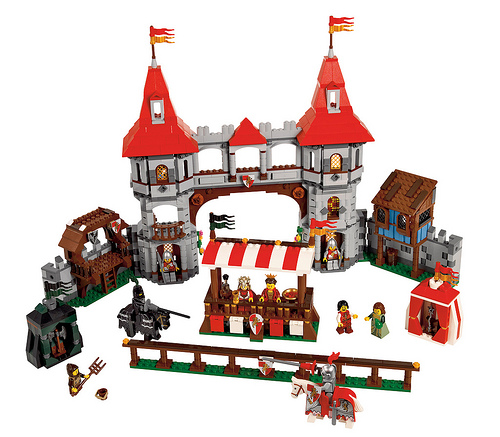 Before I saw the photos, I found myself wondering how a joust set could possibly command a price of $119 US. Now that I’ve seen them, I understand, this is more than a joust, it’s an entire medieval scene. There are little bits of buildings, some wall, and a nicely detailed royal viewing gallery (with some nice furniture and figures, shown below). There’s also a nice array of figs, and what looks like an update to the Black Falcons. 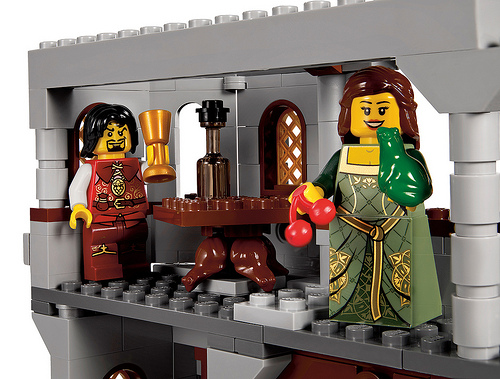 Here’s the official LEGO word on the set:

Available for sale directly through LEGO® beginning
January 2012 via shop.LEGO.com, LEGO® Stores or via phone

I think that it’s now safe to say that I’ll be lining up to get one in January.