We don’t normally feature works-in-progress here on TBB, but Mark Kelso has been working on his next massive SHIP, and this photo captures the inevitable frustration of designing and building a large-scale LEGO model that we have to share. It’s also nice to see the LEGO workspace of one of our favorite builders.

Mark says, “After the first wing section slipped off the SHIP and crashed to the ground for a second time, I realized another solution was going to be necessarry.” 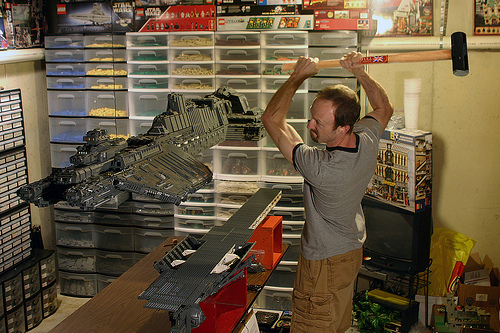 3 comments on “Mark Kelso faces down the Eye of Chaos”