BrickFair 2011 took place near Washington, DC this weekend. I wanted to hit up one more con before med school starts next week, so I decided to attend my first Lego convention in the Northeast and see some new people and MOCs that couldn’t make it to the other two large Lego conventions in the US: Brickworld and Brickcon.

The first thing that struck me was the enormous exhibit hall, which was about the size (and appearance) of an empty Walmart store. The next thing that struck me was the diversity of creations, including whole areas for less-commonly exhibited themes such as steampunk, post-apocalypse, even NASA. Lastly, I was amazed by the sheer number of people who showed up during the weekend public hours (above video), which turned out to be about 17,000. 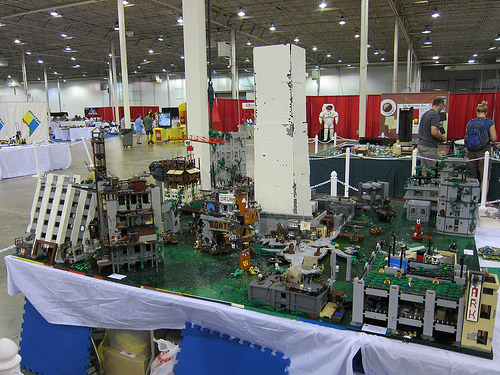 Among the MOCs displayed, some of my favorites were Arthur Gugick‘s transforming mosaic, Black Baer‘s tornado vignette, the entire aquapocalypse display, and a cute Bionicle poster (not a MOC, I know). The list goes on, so I took a walkthrough video of the exhibit hall and highlighted more interesting creations along the way. Speaking of which, I’m glad people have found this video helpful. I plan on doing guided tours of the Lego conventions that I attend in the future. 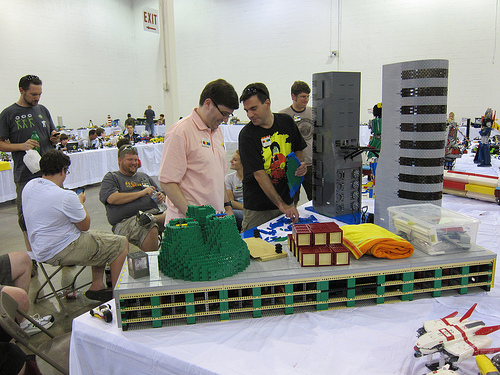 I’m glad I made the decision to come to BrickFair, and I hope to do so next year as well (and perhaps have the rest of Awesometown). You can see my photos at BrickFair on Flickr or more on the BrickFair Flickr group.