With the DC Comics license fresh off the press, reports have also surfaced that LEGO has also obtained a Marvel license. Some low quality pics appear here.

EDIT: Mariann Asanuma (Model Gal) has much better pics in her photostream including some strange Hero Factory/Superhero hybrids. 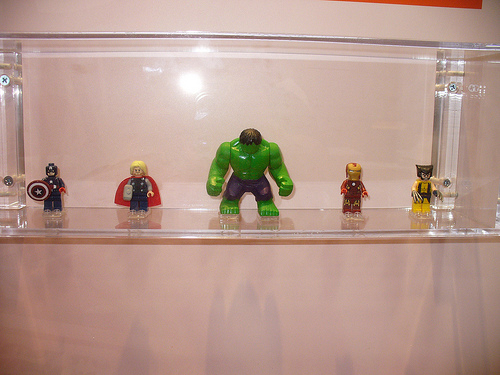 “Our partnership with Marvel helps us continue to deliver some of the best and most constructible Super Hero stories of all time,” said Jill Wilfert, vice president, licensing and entertainment for The LEGO Group. “We’re thrilled to partner with Marvel to create creative, constructive play sets for builders, fans and collectors alike.”