BrickCon 2009 starts in exactly two months. That means it’s time to start getting down to details on all the collaborative displays being planned for the con, starting with our very own Zombie Apocafest 2009. (We’ll be doing a roundup about all the other displays soon.)

Like last year’s zombie apocalypse display, Zombie Apocafest is sponsored and organized by The Brothers Brick, with additional sponsorship from the generous humans at BrickArms. Look for more information about prizes and giveaways here on the blog between now and the con.

Inspiration for the LEGO zombie apocalypse

Popular culture is full of inspiration for a LEGO zombie apocalypse. Our collaborative display is largely inspired by the book World War Z: An Oral History of the Zombie War

, by Max Brooks, also author of The Zombie Survival Guide: Complete Protection from the Living Dead

There’s plenty of inspiration for your LEGO creations to be found in movies like George A. Romero’s Living Dead series, the hilarious Shaun of the Dead

, and the harrowing 28 Days Later

Personally, music inspires a lot of my LEGO building. Here’s my personal soundtrack, heavy on metal and light on funny novelty songs. Hey, this is serious stuff! Also, the only convergence of AC/DC, W.B. Yeats, zombies, and LEGO in the history of the human race. 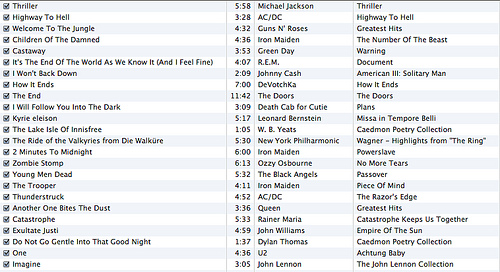 Zombie literature and films are full of social commentary — a dystopian reflection of our present or near future. In other words, the real world we all live in is unfortunately full of examples of the things survivors would encounter in a zombie apocalypse.

Improvised fighting vehicles — civilian or non-combat military vehicles with armor plating and weapons systems tacked on — are the archetype for the chained-up, cage-encased, spiky bad boys we all know and love from our favorite ApocaLEGO builders.

Not cool in real life, but good against zombies.

Finally, here are a few ideas we’ve had at The Brothers Brick — we can’t possibly build them all ourselves in the next two months. 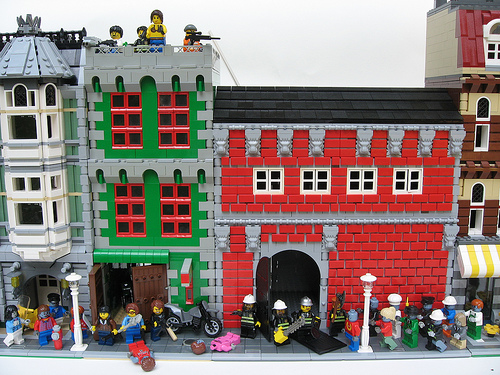 As silly as it probably sounds, realism is one of our primary goals for this display. What would it look like if zombie minifigs invaded the Town display?

No giant robots to sweep through the streets, no deus ex machina with laser cannons and railguns. 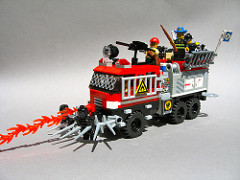 Vehicles should be minifig-scale, though look for details about opportunities to build zombie apocalypse vehicles at other LEGO scales in September.

For the Zombie Apocafest display, though, most vehicles should probably be in the 4 to 10-stud-wide range (construction vehicles excluded).

How it’s going to work

Remember, the Zombie Apocafest display is only open to registered attendees of BrickCon. We won’t be able to accept contributions or drop-offs from the general public.

Doors open on Thursday morning at 9:00 AM on October 1. I’ll be there with Thanel soon afterward, helping out with the con in general, and keeping an eye on early additions to the display. The man, the myth, the legend, LEGOLAND Master Model Maker Gary McIntire has generously agreed to add his artistic vision and organizational skills to the display, so look for him as well. 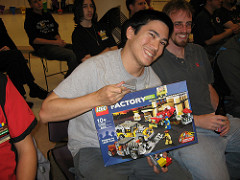 We’ll give out prizes on Saturday night (or whenever the rest of the prizes are awarded). There will also be giveaways aplenty again this year. However, quantities of each item will be limited, and we’ll give them out with fairly specific requirements. We hope everybody leaves BrickCon with something, though.

As a reminder, here are the four prize categories: