This past weekend at the grand opening of LEGO’s newest store in Frisco, Texas, massive crowds of kids and adults visited the first ever LEGO store in North Texas. Sales from Friday until Sunday topped over $130,000, setting a new record for sales at the grand opening of a LEGO store and surpassing the previous record of $110,000 held by the LEGO store in King of Prussia, Pennsylvania. Greg Anway, the manager of the Frisco store, jokingly commented “from now on we’ll just refer to them as Prussia.” 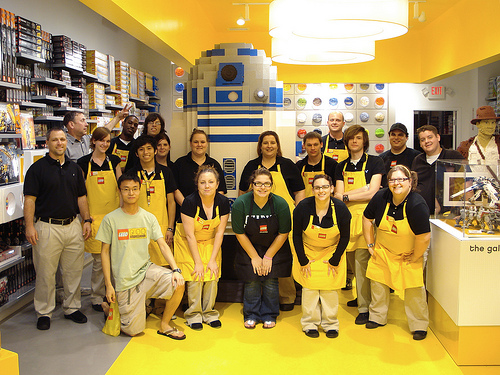 Indeed, the grand opening of a LEGO store marks a spectacular event. In addition to an extensive seleciton of LEGO sets and Pick-a-Brick wall, the store also gives away a promotional set, t-shirt, and collectable Duplo brick to customers. Shoppers lined up for hours throughout the day just to get into the store (video)! Employees in turn were constantly restocking the shelves. 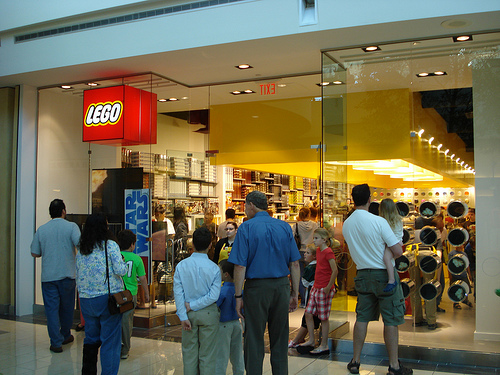 In addition, the grand opening features a building event where kids can help build an 8-ft. tall R2-D2 model with Master Model Builder Dan. Over the weekend, kids made thousands of giant bricks that were four times the dimensions of an ordinary LEGO brick. The bricks were then put together by Dan using a smaller version of R2 as reference. 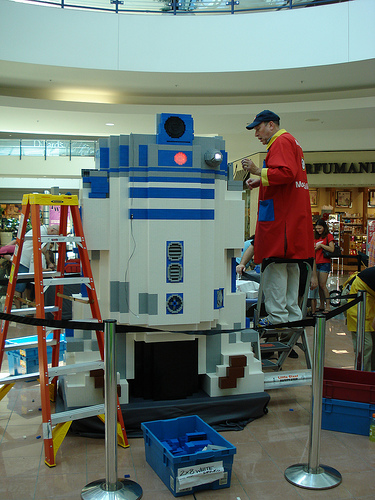