It’s not often I look at a LEGO creation, go off to read more about it, and then come back and find that my appreciation for the work has grown. Even as a writer, I’ll admit that words rarely add anything to a LEGO creation for me.

Not so with this scene by Hillel Cooperman from Jackson Fish Market: 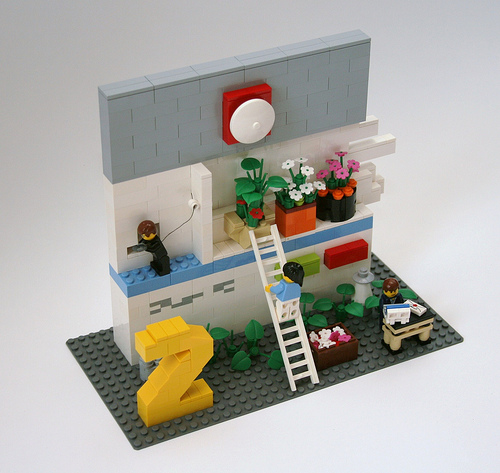 Hillel built this as a second-anniversary gift for his startup’s partners, using the restricted palette in LEGO Digital Designer.

The simplicity of the overall design hides some very cool conceptual details, like each person performing symbolic work on a representation of the first website they built, a virtual flower gift site called They’re Beautiful!

Head on over to Cooperman Brick Foundry to read more.