We mentioned the new accessories from BrickArms during BrickCon, and picked them up at their booth the moment they opened.

The newly released M21 Sniper Rifle isn’t substantially different from the hand-molded prototype we previewed a few months ago, but it’s great to see the final version in production.

My M21 is being put to good use against zombies by Sgt. Doyle from 28 Weeks Later: 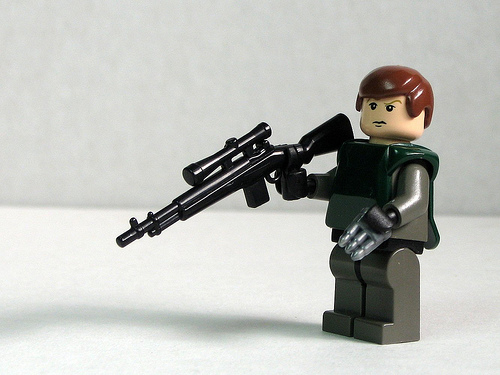 What came as a bit more of a surprise for me at BrickCon, though, was the new Lee-Enfield SMLE rifle. The Lee-Enfield was the official rifle of British Commonwealth forces from 1895 to 1957, seeing action in both world wars.

I’d been making soldiers with BrickArms prototypes all day, so I gave my shiny new SMLE to a member of the British Home Guard: 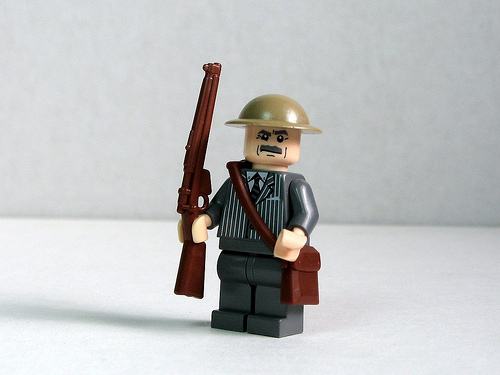 I’d also used prototypes of the new BrickArms Baseball Bat in the hands of my zombie-hunters, so I forgot to take pictures of the production version. Thankfully, Zack Newright saves the day: 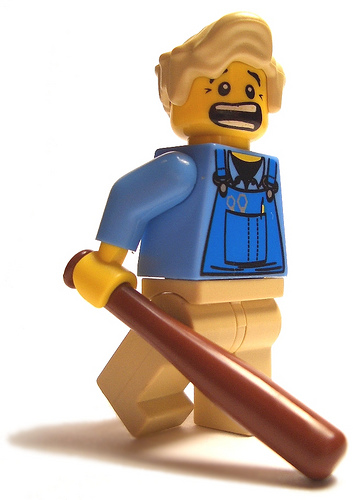 Speaking of prototypes, in the next couple of days we’ll have a full preview of the cool stuff Will’s been cooking up in his garage. Stay tuned…