Peter Edwards was commissioned to build a Eurocopter Tiger ARH for Australian Aerospace, the company building the real thing. 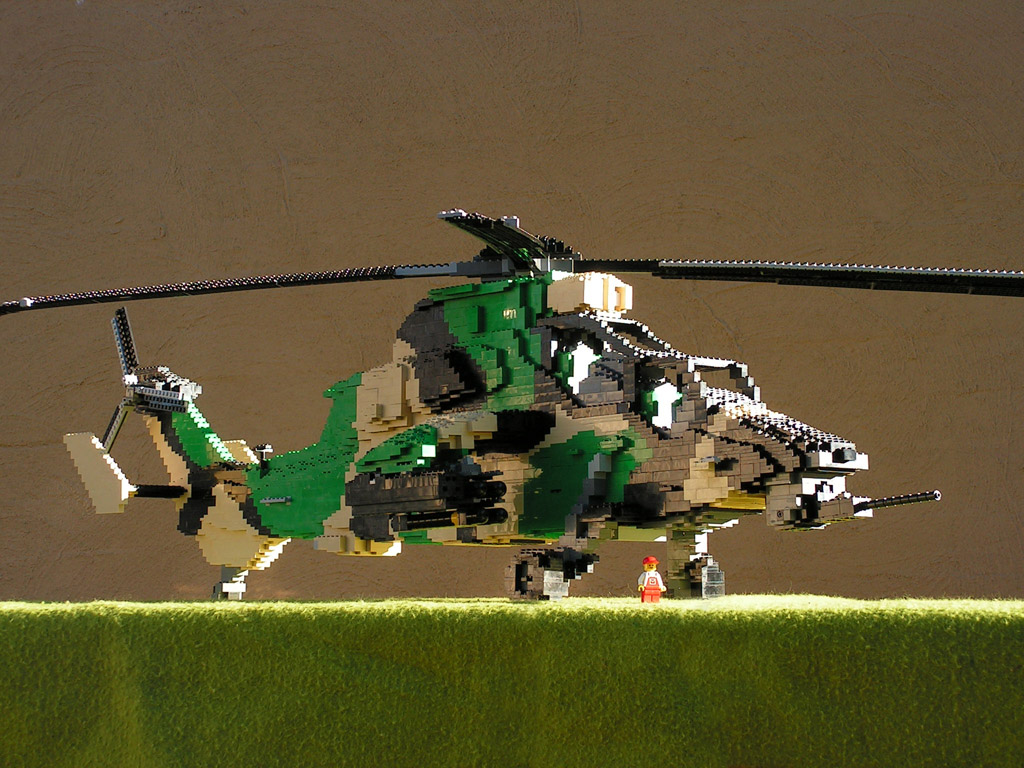 and then put together the 5,866 pieces over a weekend. 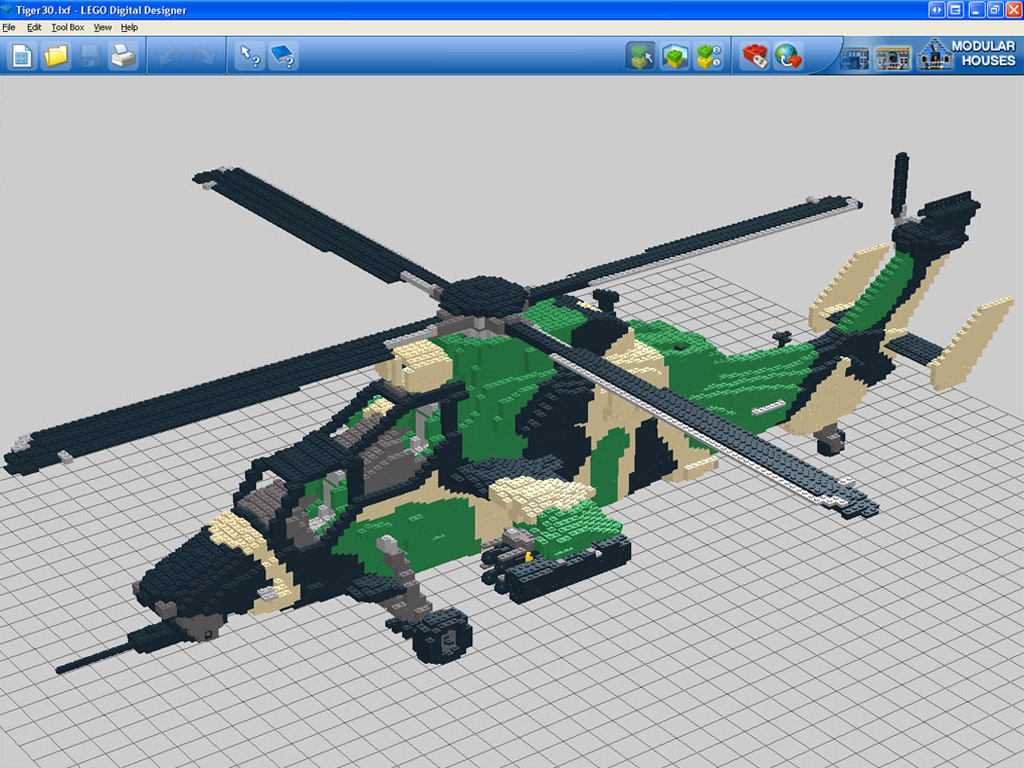 To withstand the rigors of long-term display at Australian Aerospace, Peter then took another 150 hours over 5 weeks to glue the model together.

To see lots more photos, check out Peter’s Bodville site and click ARH Tiger in the menu on the left.

Sadly, for those of you hoping to build your own Tiger from Peter’s design in LEGO Digital Designer, many of the bricks Peter used are no longer available from Pick-A-Brick, making this truly a one-of-a-kind creation.