Will Chapman of BrickArms was at BrickWorld 2008 the weekend before last, and Nannan scored a selection of custom items and prototypes for future BrickArms products. Since this isn’t a review (like my recent BrickForge review), I’ll mainly just show you pictures.

My favorite BrickArms prototype is the unique Lewis gun from World War I: 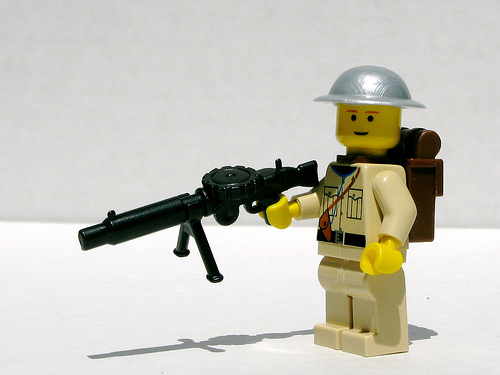 In addition to historical accuracy — the round magazine is removable — I think this gun has the most potential beyond military applications. In fact, the real-life Lewis gun inspired the T-21 light repeating blaster from the Star Wars universe. 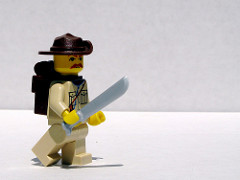 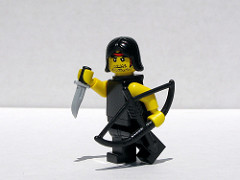 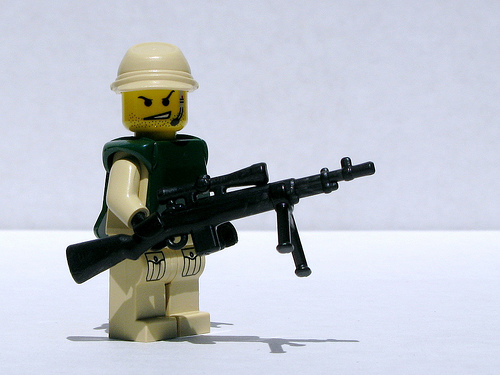 The baseball bat and “cleaver” improve minifig odds against the zombie horde: 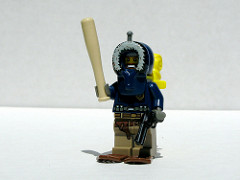 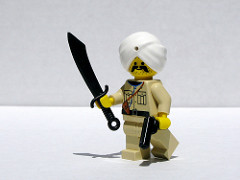 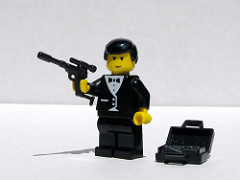 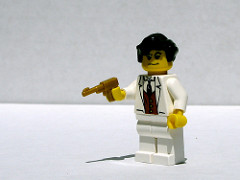 I know lots of you want to know when these are going to be released and whether these prototypes represent the final design. To save you some confusion, here’s the official word from the BrickArms spokesbadger: