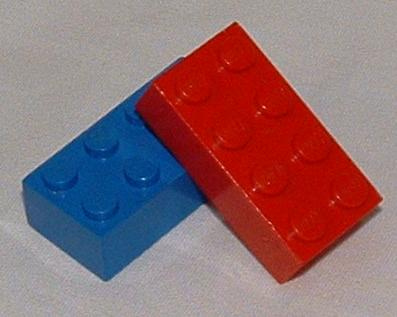 The LEGO Group has announced that the stud is being discontinued. Making the biggest change ever to their iconic “System of Play,” the company said in a private phone call to a select group of fans that the time of the stud is over. They will be releasing a new brick that sticks together with internal magnets.

First of all, magnets are much more fun. What child hasn’t spent hours attaching and reattaching piles of magnets? They are much easier for small children to use than the current studded brick. Secondly, people equate magnets with fun and style. Not so with studs. Studs are old-fashioned. They are so 20th century. Magnets will take us through the 21st century and beyond! Lastly, there is the engineering issue. What with the recent decision to transfer production from Mexico to Madagascar, we needed a new brick that required less manufacturing precision. These new magnetic bricks fit the bill perfectly.

I guess this gives a whole new meaning to studless creations…

20 comments on “News: LEGO to stop producing studded bricks in 2010”