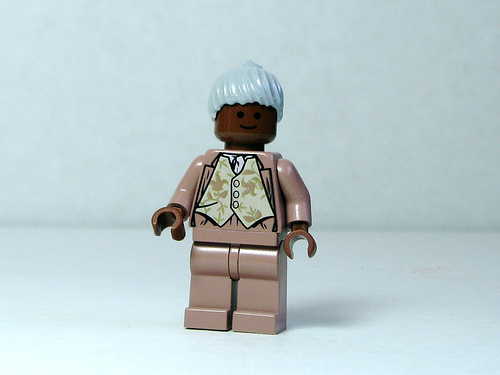 In Montgomery, Alabama in the 1950’s, African-Americans were not allowed to ride in the first 10 rows of city buses (typical of similar laws in the segregated South). On December 1, 1955, Rosa Parks refused to move to the back of the bus when ordered to do so by the white driver. Parks was arrested for this refusal, and her act of peaceful resistance sparked the Montgomery Bus Boycott. A Supreme Court decision in 1956 struck down the state and city segregation laws.

Parks became an icon in the civil rights movement, but worked as a seamstress until 1965, when she joined the staff of Michigan representative John Conyers, for whom she worked until 1988. Rosa Parks died in 2005 at the age of ninety-two.