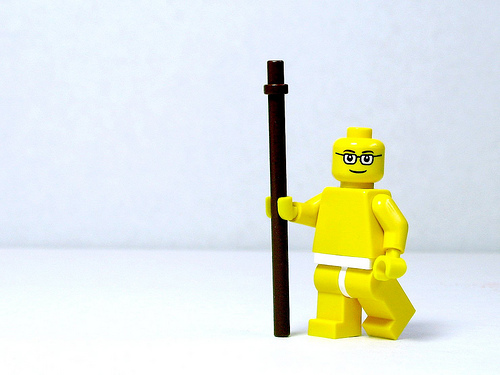 Name: Mohandas Karamchand Gandhi
Dates: 1869-1948
Biography:
Gandhi was the spiritual and political leader of the movement for Indian independence. As a young lawyer in South Africa, he became a proponent of civil disobedience and other non-violent methods, attempting to improve the civil rights of Indians in South Africa.

In 1915, he returned to India. Throughout the rest of his life, Gandhi continued to use non-violence in the struggle to free India (which then also included the modern nations of both Pakistan and Bangladesh) from British rule, despite often-brutal reprisals. India achieved independence in August 1947, but was soon divided into Hindu-majority India and Muslim-majority Pakistan, despite Gandhi’s efforts to avoid partition.

Nicknamed “Mahatma” (“Great Soul”) and “The Father of India,” Gandhi was assassinated in January 1948.

(Inspired by the upcoming birthday of Martin Luther King, Jr., this is the first in a series of posts celebrating the men and women who struggle to make this world a better place, especially those who work toward peace, human rights, and protection of the environment.)