It’s not often I attempt to honor someone I’ve actually met in real life as a minifig.

In one of my “other” (non-LEGO) lives, I write poetry. Earlier this year, I took a class at Richard Hugo House from one of my favorite poets, David Wagoner. I spent ten weeks listening to David’s stories about studying under Theodore Roethke and his friendships with poets as diverse as Dylan Thomas and Richard Hugo (the poet whose name graces Hugo House). I also learned a lot about my craft — David’s feedback helped me truly grow as a writer.

Adding to my other Northwest poet minifigs, here’s David in LEGO form: 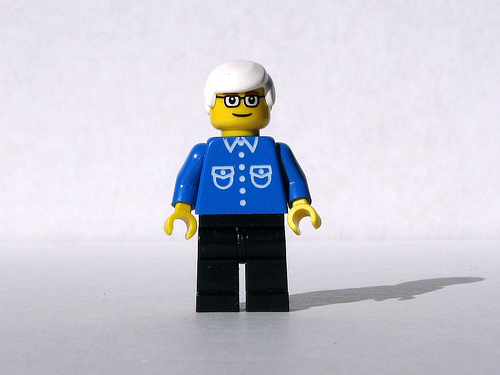 You can read some of David’s poems on Poets.org.