The castle layout at NWBrickCon included an adorable female minifig with a long skirt I’d never seen before. I’ve recreated the design as a princess below: 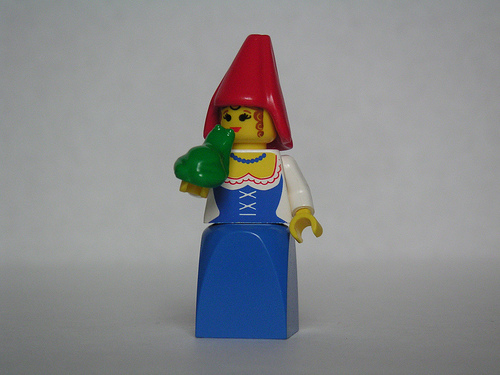 I asked for permission to take her apart, learning that the “skirt” piece was actually the torso from an old fig. I promptly ran off to the Brick Bazaar, where by a stroke of luck Bob Kojima was selling these old figs for 50 cents each. I picked up a pair of them: 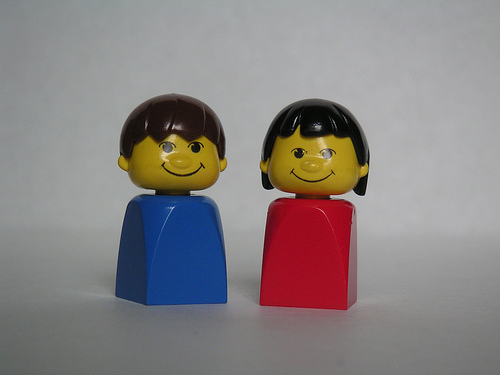 Taking a break from sorting this weekend, I tried to recreate this minifig design, but couldn’t figure it out, so I came up with something similar of my own: 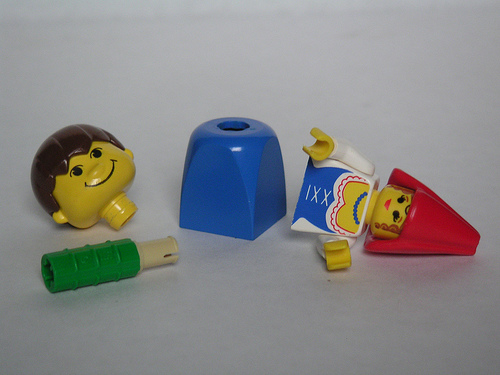 To create a long-skirted castle minifig of your own:

Note: The Technic pin will only fit into an old-style minifig torso. The new-style torsos have flanges (or something) that prevent it from fitting.

Unfortunately, my camera’s battery was dead by the point when I saw this in the display, so I didn’t get a closeup picture of the black farmer’s hut the lady was standing next to. If you know whose design this is, please speak up!

EDIT: According to commenters on Flickr and Classic-Castle Forums, the farmer’s hut was by Gary McIntire, and the weird little figs are from BASIC sets released between 1981 and 1990.