Mecha master Sugegasa’s dozens of “unmanned control experiment machines” are generally controlled from afar by adorable minifig girls. According to his most recent blog post, this sometimes presents a bit of a problem:

At first, the girl simply ran after the unmanned machine, calling out instructions, but being too close proved death-defyingly dangerous, and ambient noise also sometimes prevented her commands from reaching the mecha. So, with parts she had lying around, the girl built a vehicle with enough speed to keep up with the mecha and a transmitter to clearly relay her voice commands from a safe distance.

Now, I’m generally not a fan of convoluted backstories for LEGO creations, but that is just too awesome not to pass on to all of you English-speaking LEGO fans. 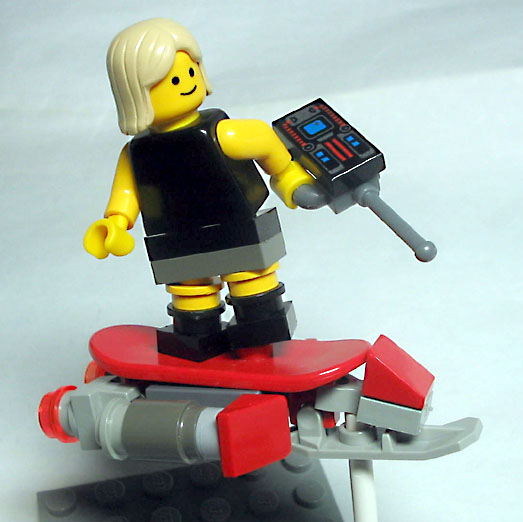