Well, I never expected to be posting something by Classic-Castler Jojo here on PPB, but he’s just posted an exquisite torii in his “Things” gallery: 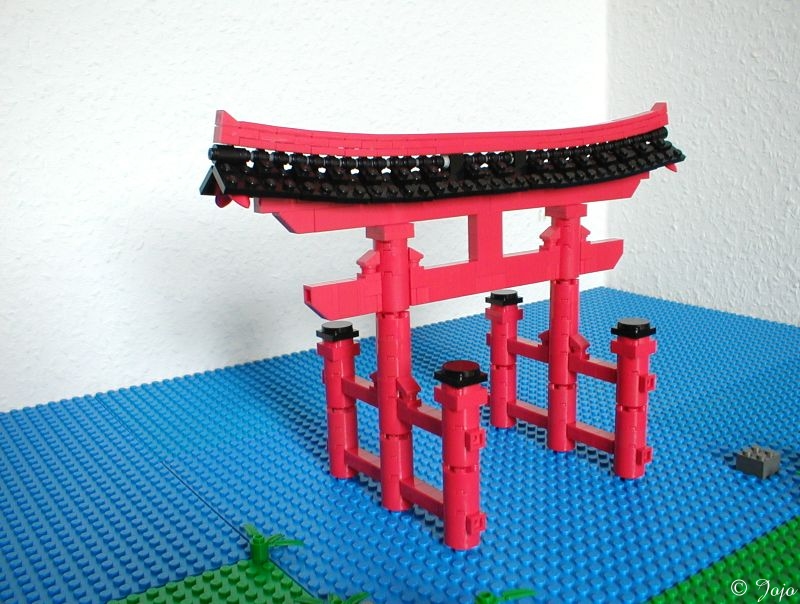 Jojo’s wonderful torii appears to be the famous “Floating Torii” at Itsukushima Shrine in Hiroshima prefecture:

Torii are found in or around Shinto shrines and other sacred places, most often serving as a gateway. (Although torii have been co-opted in western landscaping and architecture, torii are not generic gates, nor are they generically “Asian.” They have a specific religious significance and are distinctly Japanese, though similar structures do appear in other cultures. Using a torii as a gate in your “Asian-inspired” backyard rock garden would be like putting a Christian baptismal font in your TV room.)