Spring: Brickleas starts the “year” off with a castle under construction in spring. The main design element that connects the four slices of the castle is the chunky built stones used to construct the castle walls. The stonemasons are hard at work, and there are a number of wooden tools like scaffolding and the winch, as well as some great forced perspective in the pine trees in the background on the left. 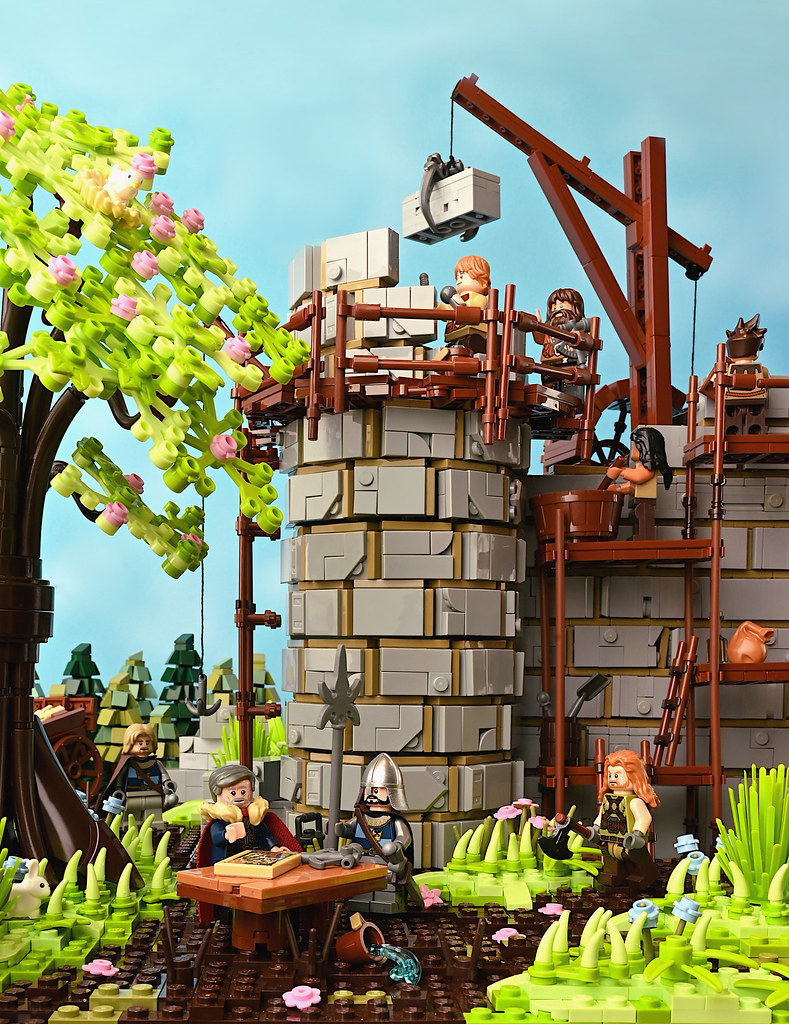 Summer: Simon picks up the story with an arched gate topped with a wooden structure. The walls are slightly weather-worn, but otherwise, the castle is indeed in its prime. The chunky bricks that line the gate include a number of the ingot part in light gray and give the blocks a great texture. 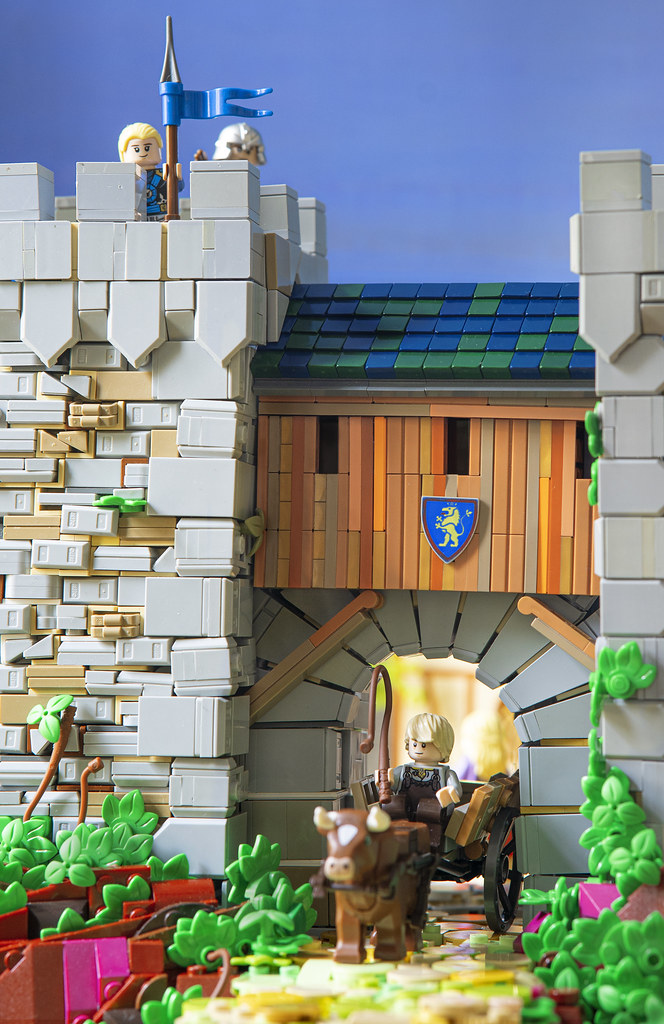 Fall: Jonas built the literal fall of the castle, with an invasion in full force, including a siege tower being mounted by soldiers, and some battle damage to the thatched roof of the wall walk. The chunky blocks of the castle wall are also showing a bit more wear from the elements over the years. 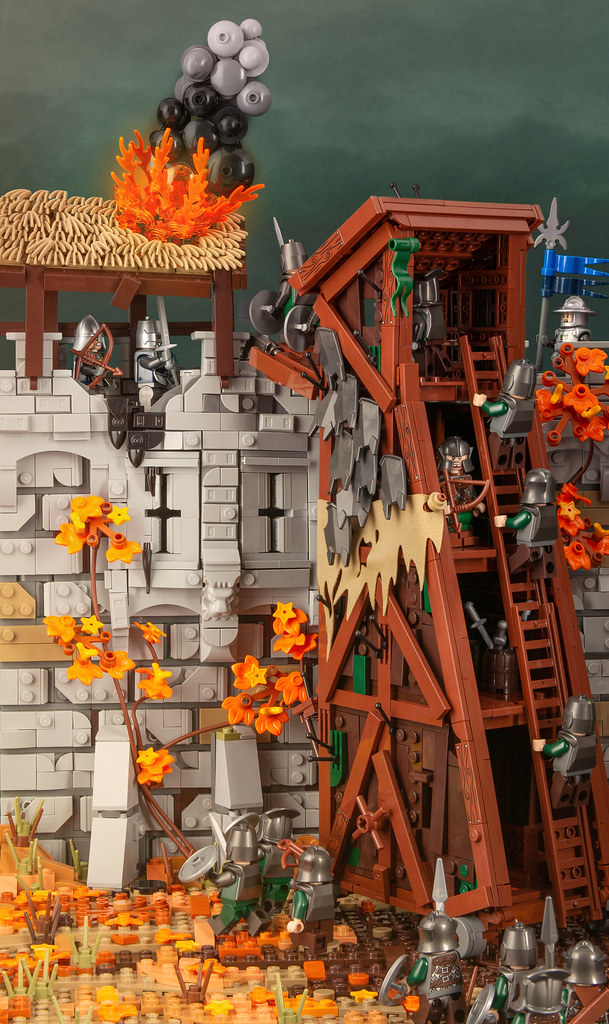 Winter: Ralf brings the story to a sad ending, showing the aftermath of the battle, which did not go well for the castle. The shattered remains of a corner tower lay half-buried in the snow, and a burnt-out husk of a wooden tower teeters in a silent vigil of a once-great fortress. 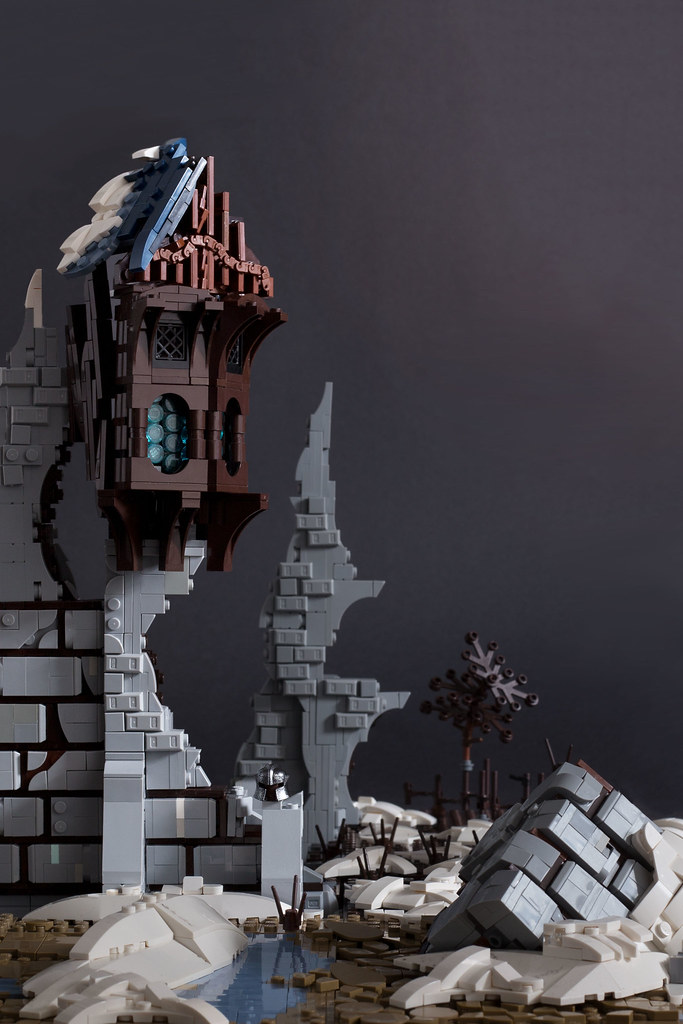