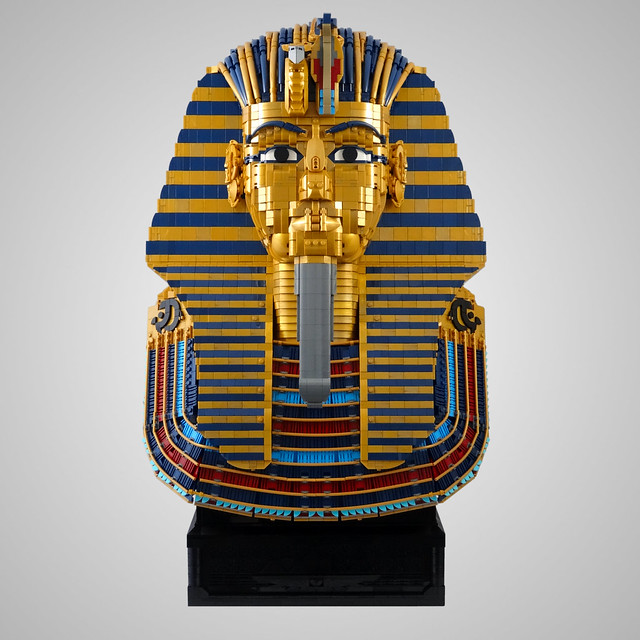 The son of the radical Akhenaten, Tutankhamun reigned briefly (ca. 1334 – 1325 BCE) at the end of the 18th Dynasty, and his tomb likely only survived ancient looting because of its modesty, to be discovered by Howard Carter in 1922. Koen’s LEGO version is 54 cm tall, 39 cm wide, and 49 cm deep (21″ x 15″ 19″). This photo of the builder with his creation shows off just how large a creation it is. 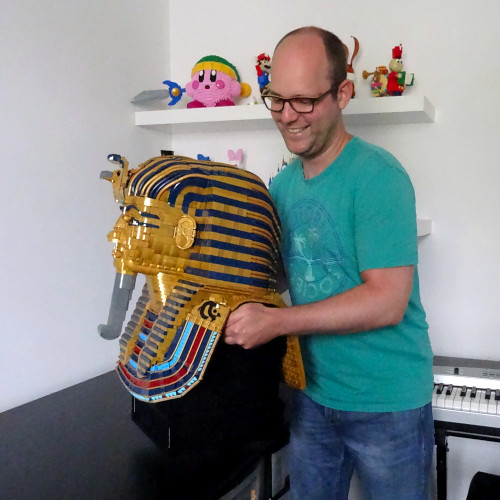 Koen says that he began his design process first with the eyes, nose, and mouth before working his way from top to bottom. The sheer amount of gold-colored LEGO bricks in the build is astounding, including organically shaped parts from Bionicle and Hero Factory as well as LEGO System. 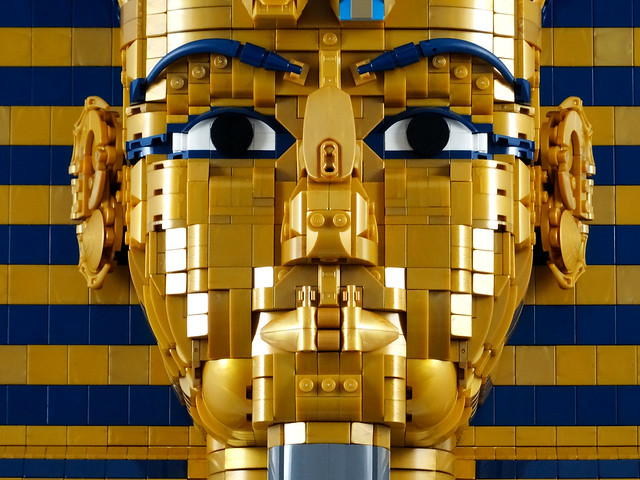 To achieve the curves, he uses blue and gold dinosaur tails. Even though the front of the mask is iconically associated with the boy king, Koen’s LEGO mask is fully detailed all around. 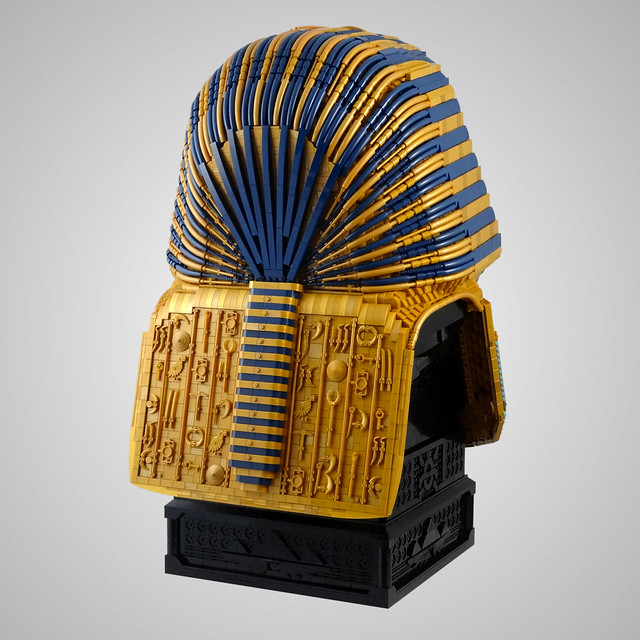 The stand incorporates a Technic frame to ensure that the mask tilts backward slightly, and itself has subtle designs like scarab beetles and pyramids. The stand also includes hidden handles for safe transportation of the heavy model. 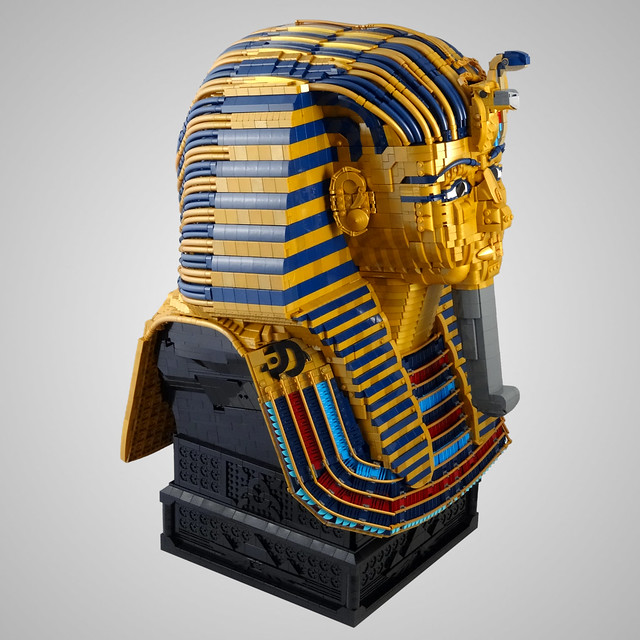 I had the privilege of seeing the real mask in person at the Egyptian Museum in Cairo back in 1994, and despite my general disinterest in despotic Egyptian kingship, gazing across three thousand years into those quartz and obsidian eyes, surrounded by gold and lapis lazuli, was a moment I’ll never forget.

1 comment on “LEGO mask of Tutankhamun is a life-size wonder built from 16,000 bricks”