The Osaka-based KLUG (Kansai Lego User Group) and Canadian Academy successfully held the annual Japan Brickfest in Rokkō Kobe Island, Japan last weekend on the 10th-11th of June. In its third year running, the largest fan event in Asia featured 270 builders from 11 countries, including Korea, Philippines, Hong Kong, Taiwan, Thailand, Malaysia, and even as far away as Germany. 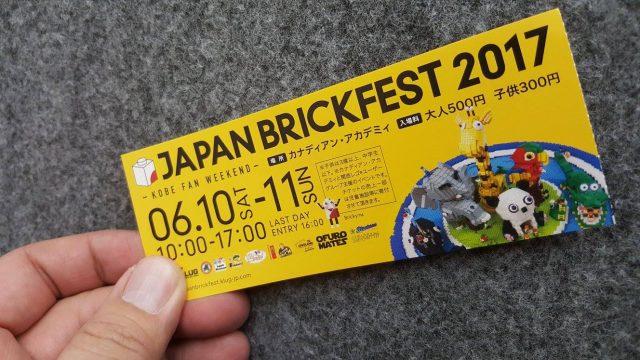 Japan Brickfest consists of three event halls, and is a charity event with a portion of the ticket sales donated to various children’s charities. Here are some of the highlights of the event.

Considering this event is meant to attract kids as well as adults, it’s delightful to see that some of the builds included the capability to interact or play with displays instead of the usual “Do Not Touch” placards for fragile builds.

One of the unique builds is this giant Totoro. Peeking with a torchlight into the holes on his tummy would reveal different mini dioramas of famous Ghibli movies! 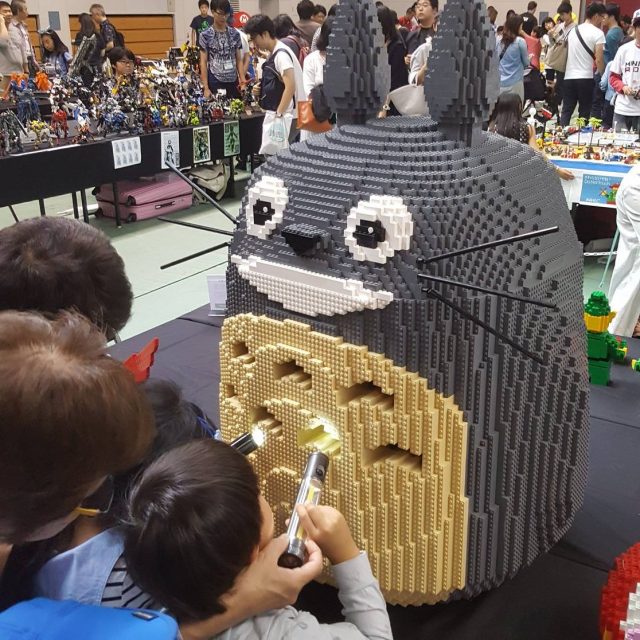 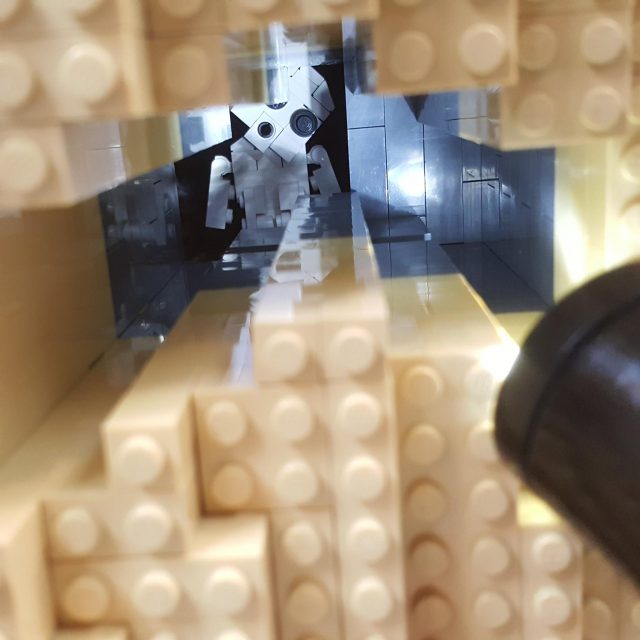 We highlighted this exquisite LEGO headdress a few days ago, and at the show it was a hit with the crowd, with many wanting to wear it. 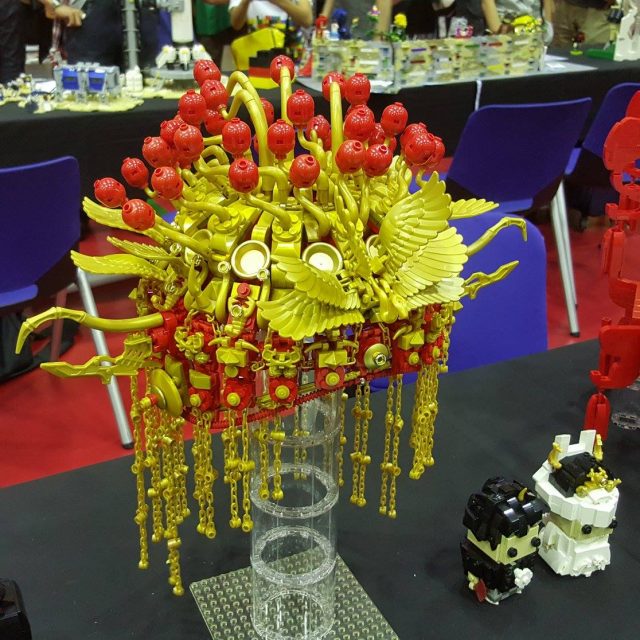 A technic built ‘claw’ system to grab candy for the kids to enjoy. 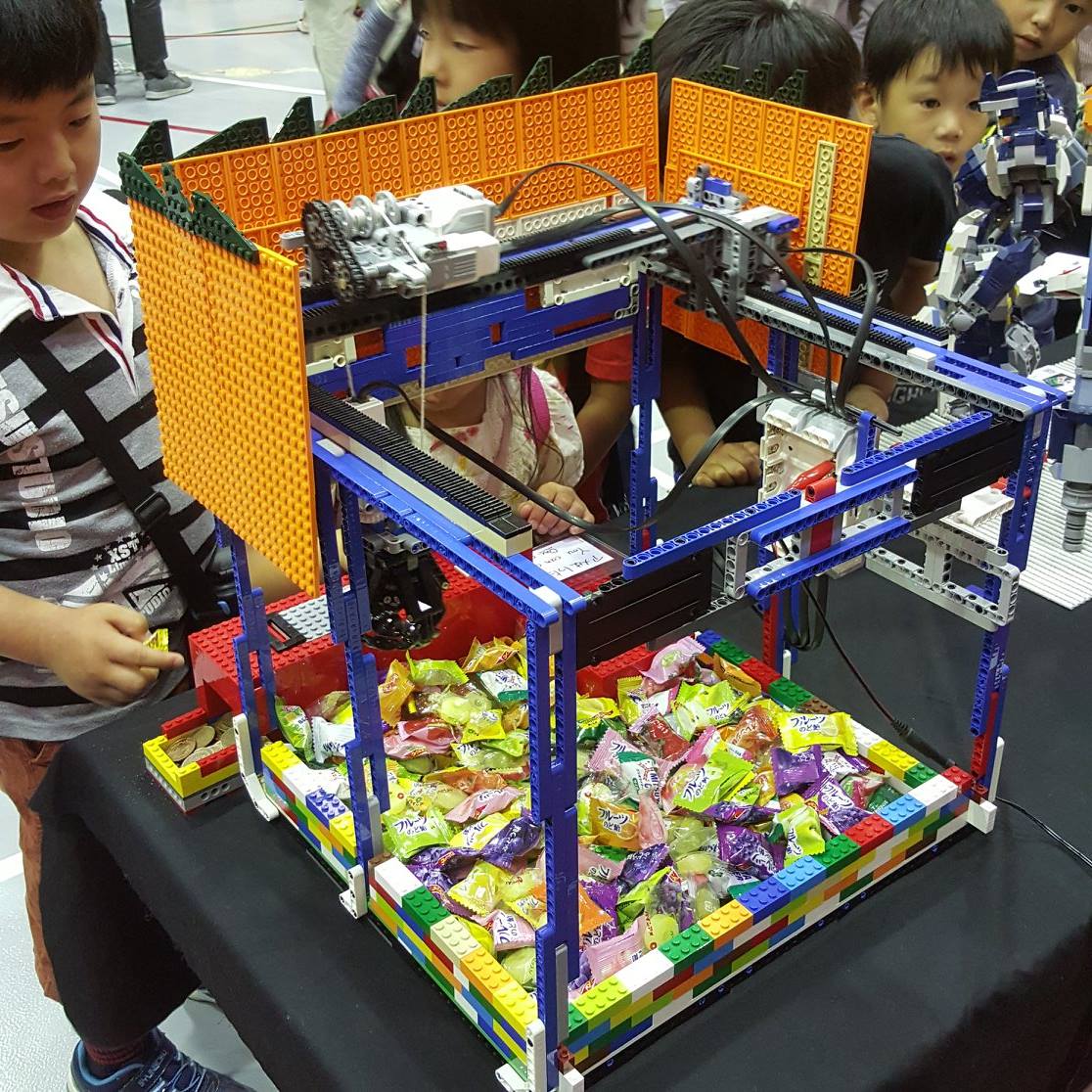 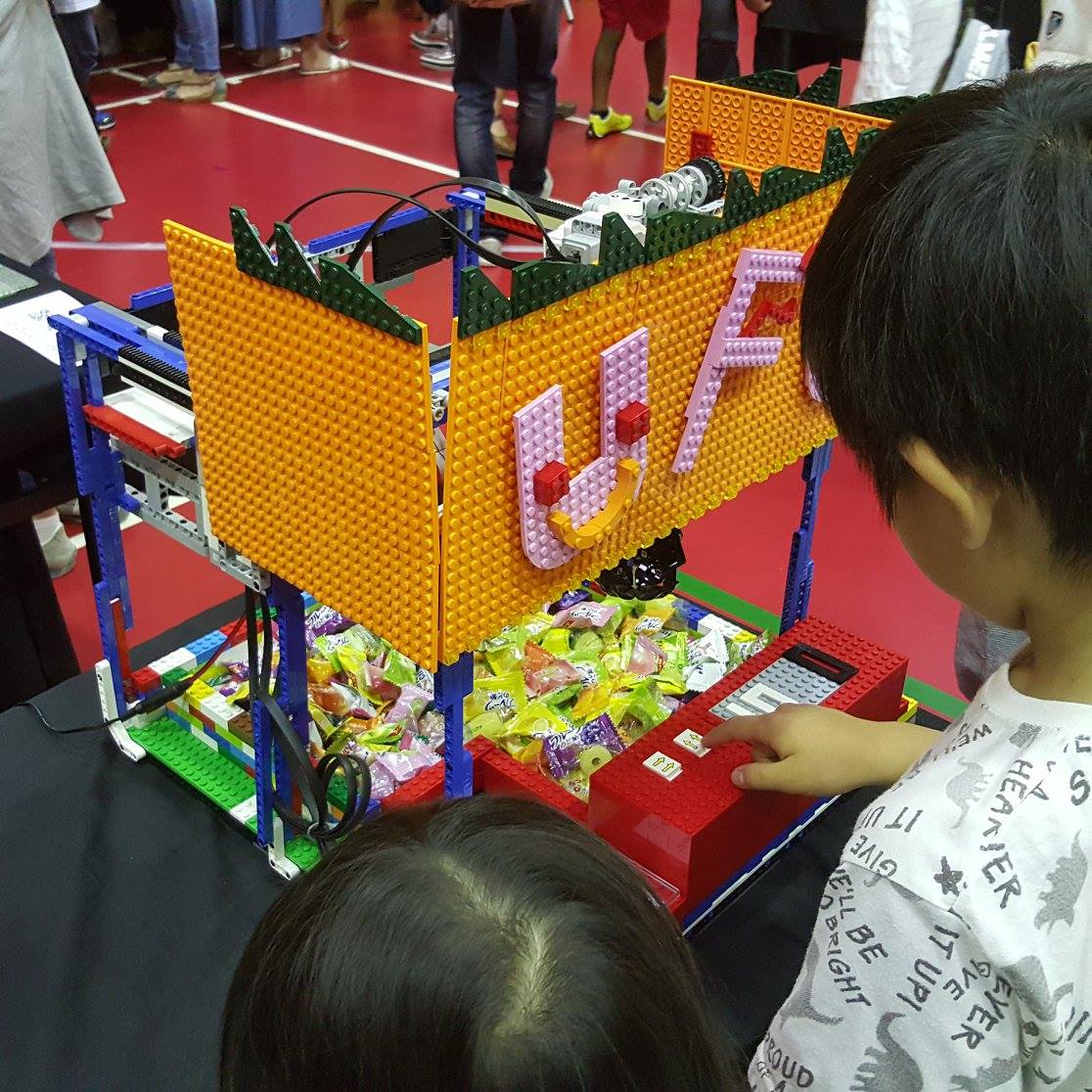 A consistent theme for LEGO builds, the trains and planes and ships came out in force! 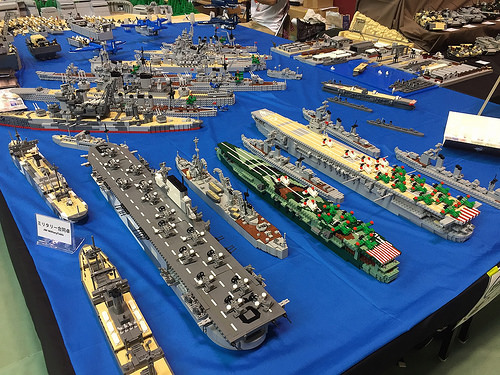 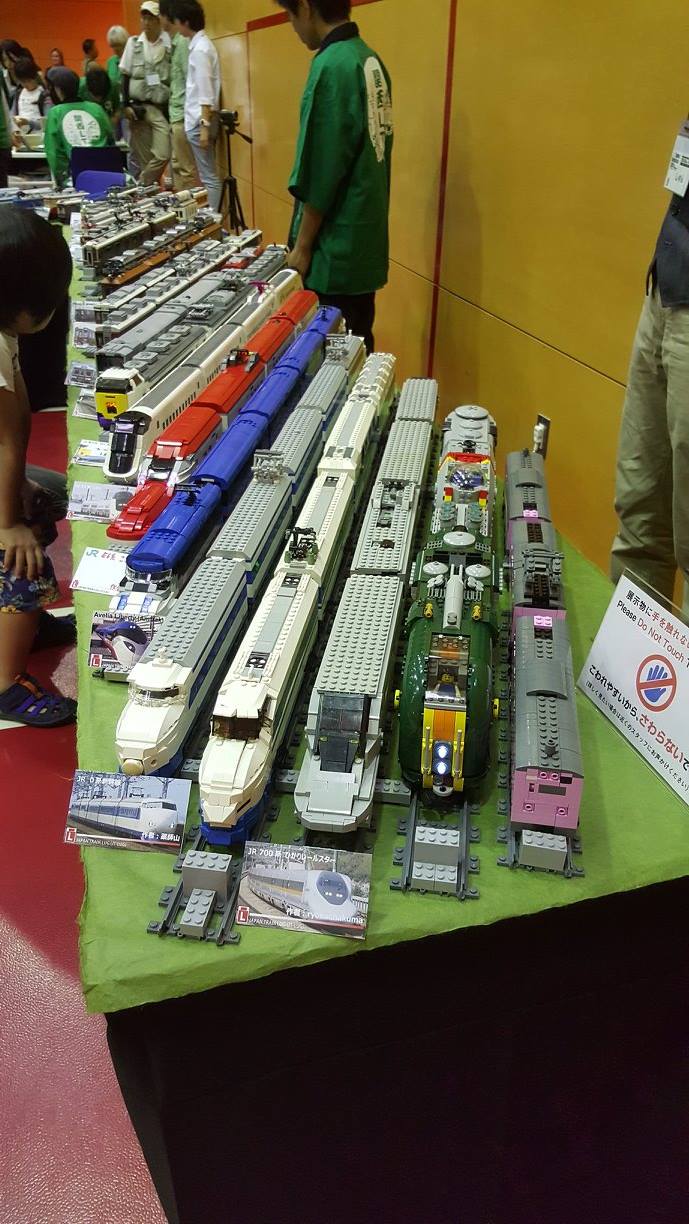 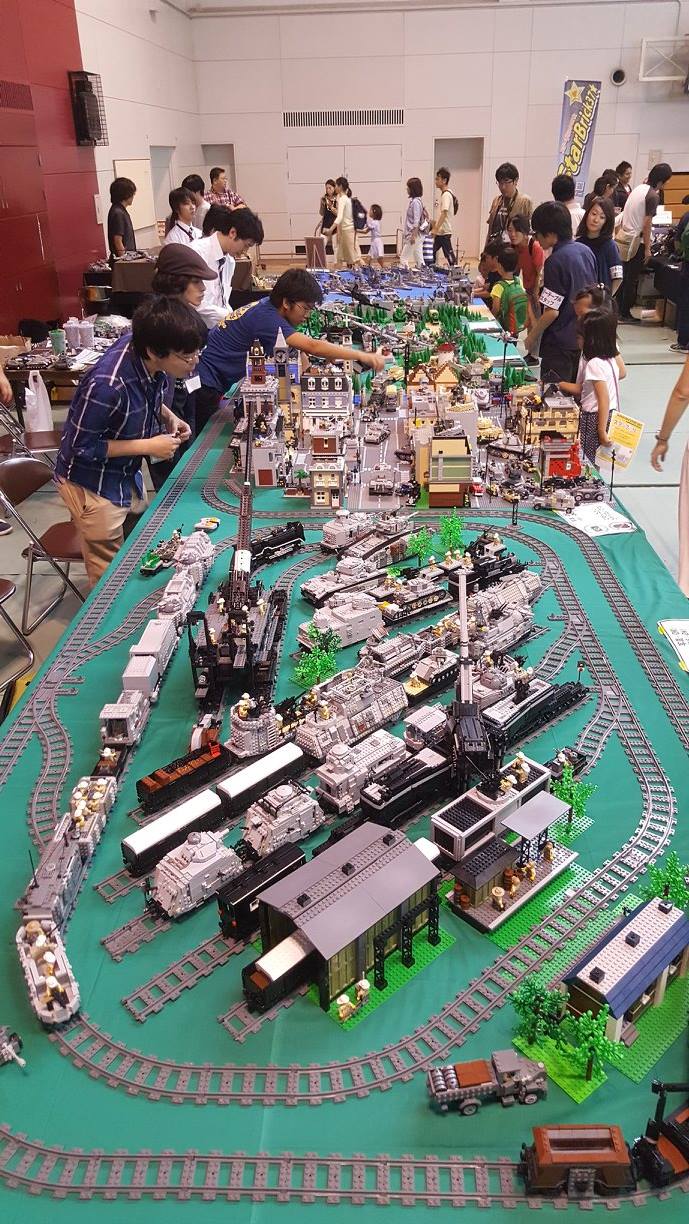 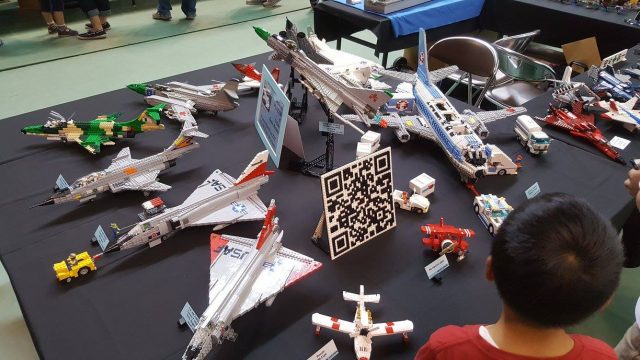 Mecha to the Max!

The motherland of Mecha, there’s no shortage of excellent displays and builds of giant machines with legs! 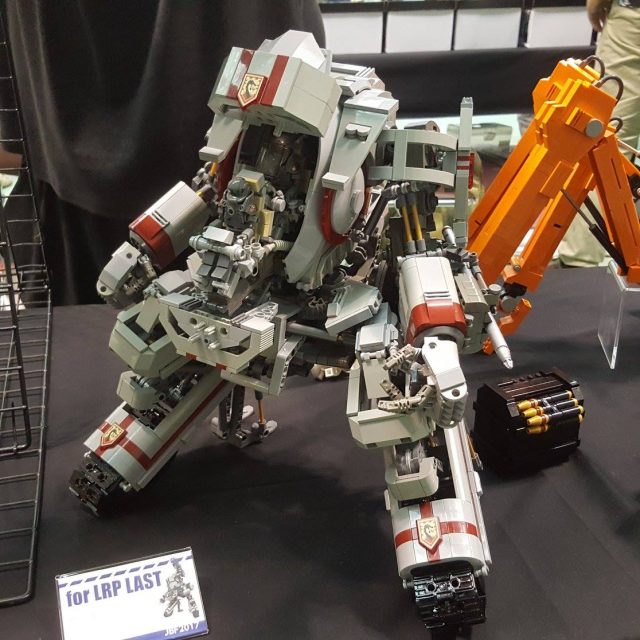 This particular Mecha has a spinning feature on its lower back torso. 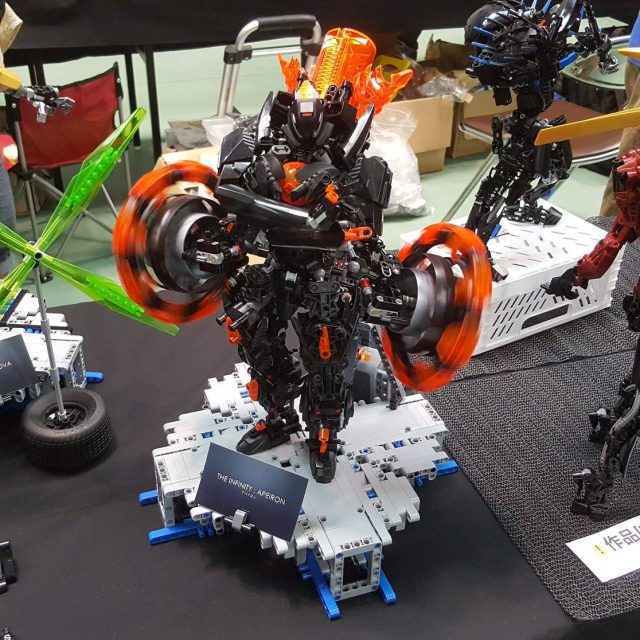 The event featured the debut of Benjamin Cheh‘s grand mecha with a full-scale lighted hangar. 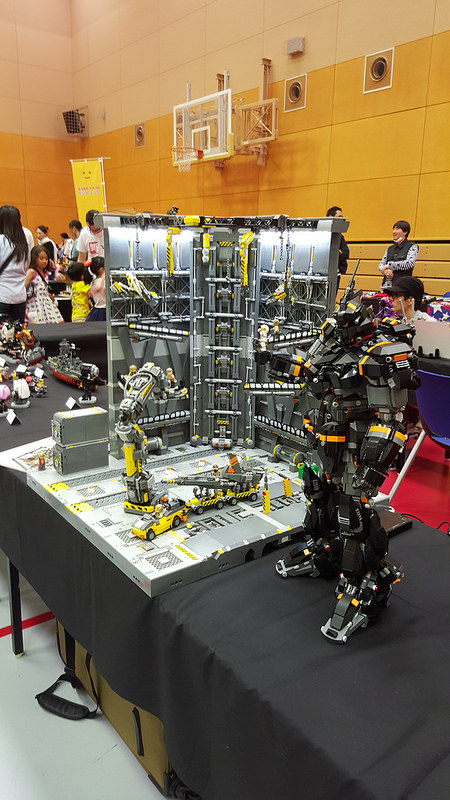 There were some stunning buildings by the Hong Kong LUG, including a recreation of a street food vendors and local apartment homes. 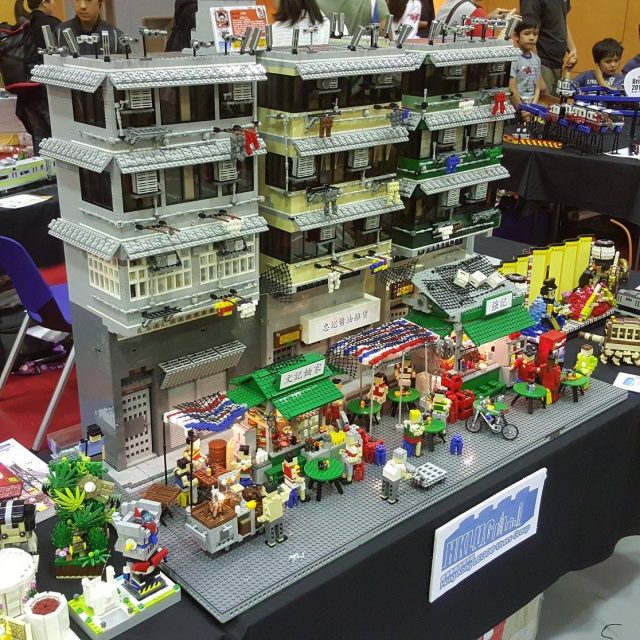 A dainty looking home and a lady dressed in a Kimono. 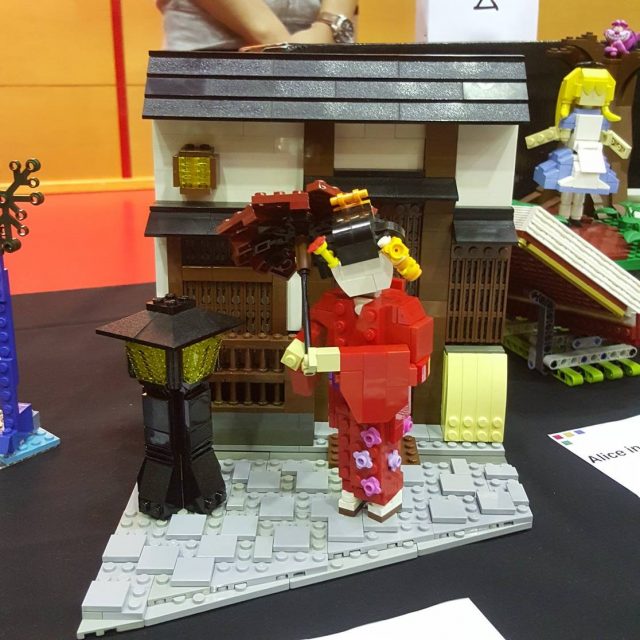 This ‘foldable’ doll-house modular-esque theme with a full playset of furniture is a unique and interesting take on a minifigure home. 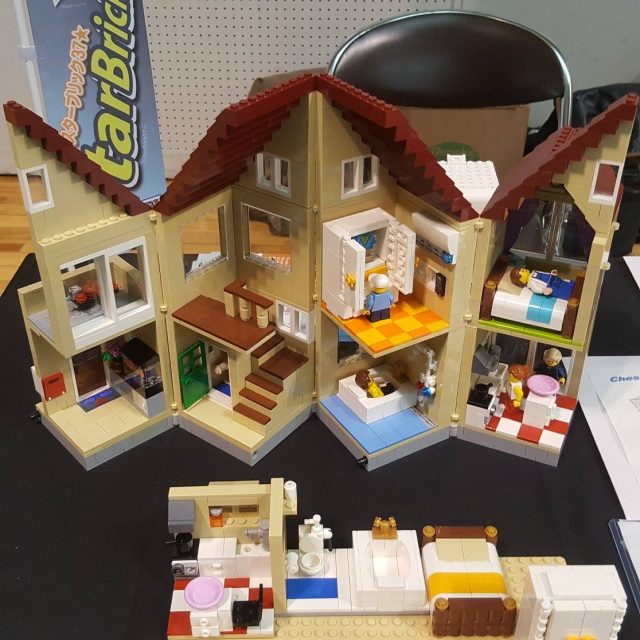 Some of the familiar builders that we’ve showcased here on TBB participated in the event, including Morimorilego’s coffee shop owner’s home and Mitsuru Nikaido’s family of robo beasts and insectoids. 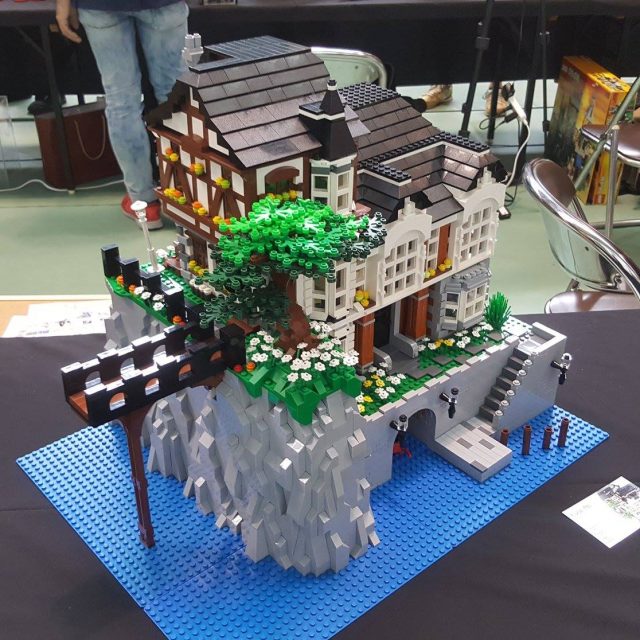 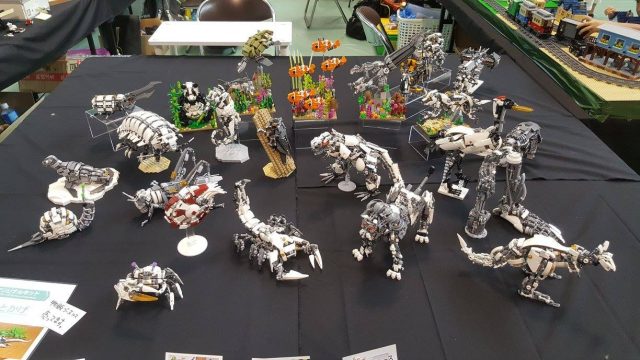 The Thailand LUG built a portrait tribute to pay respects to their late King Bhumibol Adulyadej. 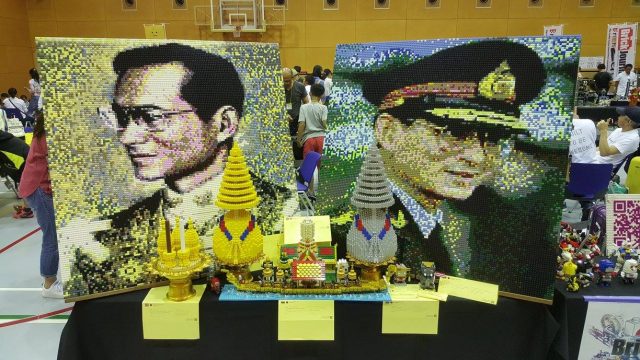 Between the halls resides a huge centrepiece village. 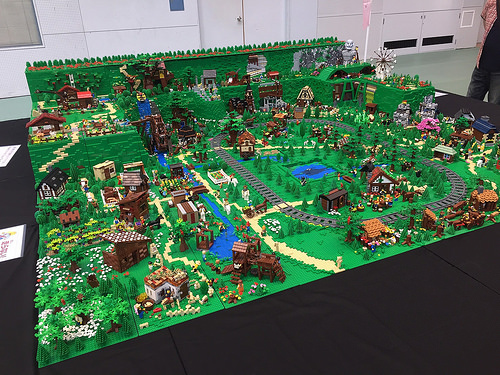 The staff and participants gather for a group photo to remember their hard work and success! 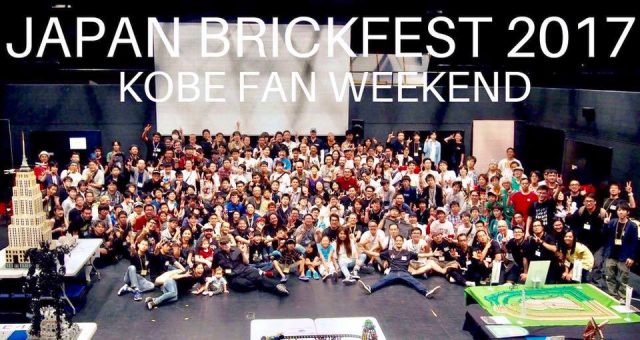 Special thanks to Paul Lim, Chris Yu, Benjamin Cheh, Schneider Cheung and the Kansai Lego User Group for the use of the photos of the event.