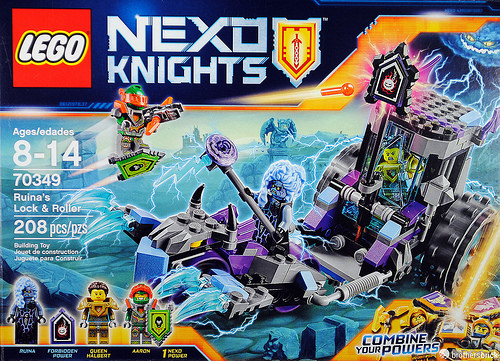 If you’re in the market for a small LEGO set with fun colors and minifigures that look as equally at home in space as they do in a medieval castle, look no further than Ruina’s Lock & Roller [70349]. This set retails for $19.99 USD, but is currently on sale on Amazon for $15.99. It has 208 pieces, with the primary feature being a substantially sized vehicle called Ruina’s Lock & Roller (hence, the name of the set). The roller is essentially castle dungeon on wheels drawn by a GargoBike rather than a team of horses. Along with the gargoyle-inspired carriage, this set also includes three minifigures and two NEXO Power Shields (Gorilla Roar and Forbidden Power Wrecking Wrath) which are scannable and provide power-ups in the LEGO NEXO KNIGHTS game. 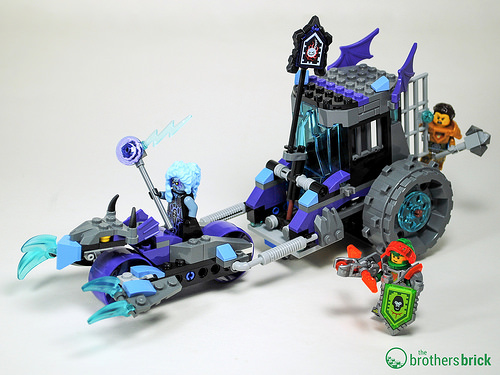 Even at full price, it pretty much matches LEGO’s standard price of $0.10 per piece, and for such a small set, there are quite a few interesting colors and pieces. For example, there’s a handful each of dark purple pieces and trans-light blue, and even a bit of medium blue! 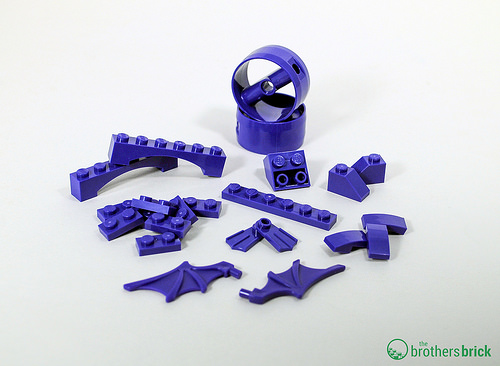 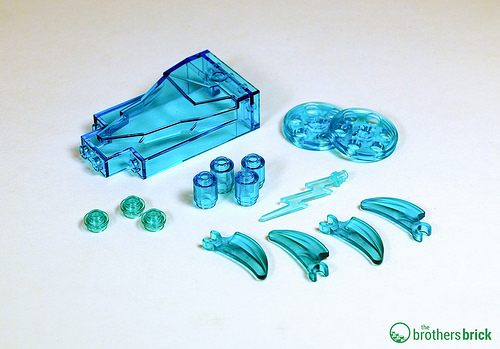 The build itself is pretty simple. The GargoBike (short for gargoyle bike) rolls nicely and seems sturdy. The play features include a secret escape hatch on the bottom of the cage (though the armored fig doesn’t fall out easily due to the bulky armor) and of course, the standard stud-shooter gun that flings tiny LEGO pieces across the room.

While I love a good vehicle, the best thing about this set for me is the minifigures. This set includes one bad guy and two good guys: Aaron and Queen Halbert. These two have their own unique color schemes with matching power armor. 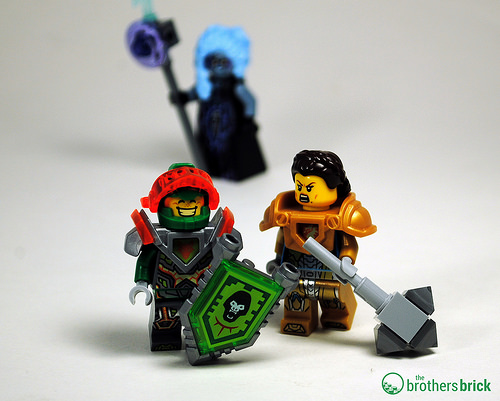 All three figs have double-sided heads for twice as much expression. The villain Ruina fits in nicely with the icy color palette of the set. Her dress reminds me very much of Midna and the Twilight Realm from The Legend of Zelda: Twilight Princess. Best of all, Runia is rocking a new color of Bellatrix Lestrange‘s fabulous hairdo. It’s made out of hard plastic, not the soft material that so many of the Friends’ hair pieces are made out of. 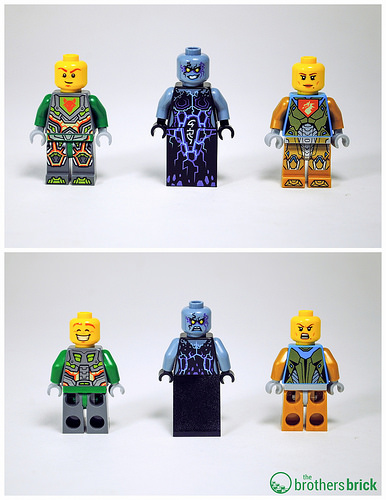 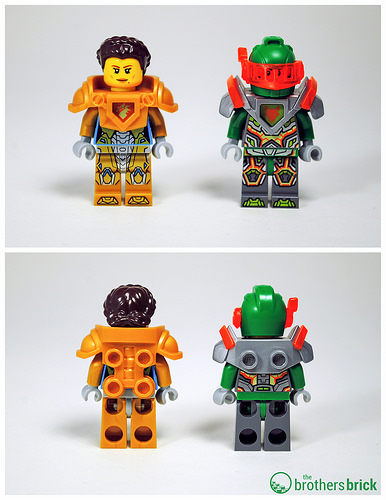 Each fig also comes with its own weapon: Runa has a lightning staff, Aaron has the shooter gun, and the Queen has a spiky brick-built mace. Of course, the set also includes two NEXO power shields which can apparently be used as hoverboards. Who knew? 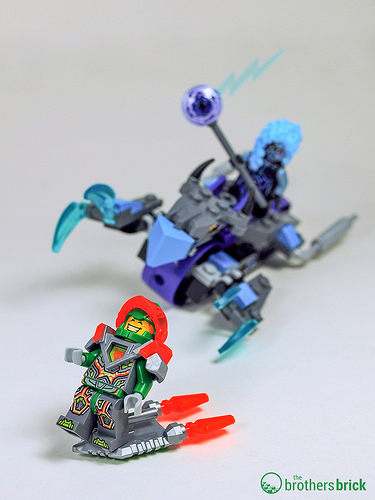 In addition to the three figs (two of which are exclusive to this set), Ruina’s Lock & Roller also includes a number of never-before-seen pieces (at least, never-before-seen in certain colors) such as the dark purple cylinder with pin holes and center bar, medium blue double inverted slope, trans-light blue lightning bolt, and 2×2 dark bluish gray claw plates. Some of these also appear in other Nexo Knights sets from the most recent wave. 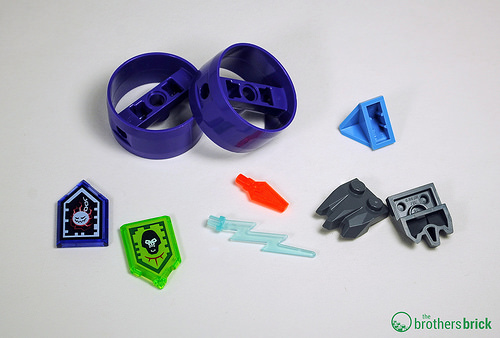