1. Get there!
It’s time to get to the convention. By this time, if you’re traveling long distances, you’ve already left home, and you’re in close proximity. Now’s the time to get to the convention hall, meeting space, convention center, etc. and follow directions for unloading what you’ve brought. If you’ve got smaller stuff that can be easily carried, park elsewhere and save the close spots and loading docks for builders who require crates and teams to carry in their builds. Make sure you have the load-in information, since details vary from event to event.

2. Help out and get involved
At the beginning of event, things are still in progress. This means that the staff is getting set up. This is the PERFECT opportunity to get involved! There is never enough help to go around, and extra hands are needed throughout the event for just about everything, from crowd-control during Public Hours to coffee-runs. This gives you a chance to get involved with set up and meet people who are doing the same thing.

The event will be set up quicker, and you’ll be able to display your stuff quicker, too! Plus, the event staff notice when people volunteer their time and help out. 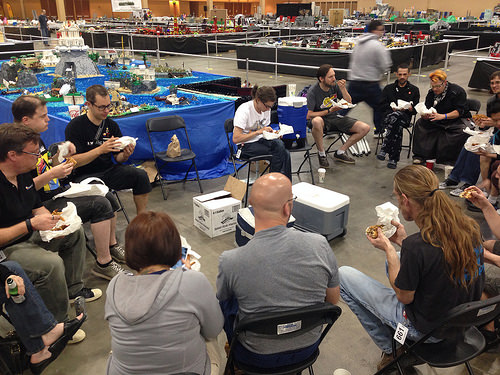 It’s quite difficult to eat meals alone at a convention, because people love to eat, and love to eat with friends. Anytime someone’s going for food, they ask, “Who else is hungry?” and the groups naturally form.

Different groups will form, and you likely won’t eat with the same people twice, and that’s the best part! You’ll get to try new things and get to know different people during each mealtime. If you’re from out of town, let people know! Locals and frequent visitors will recommend places and ask you to come along.

4. Drafting and other activities
Each convention has a myriad of official and non-official activities. For the official ones, check out your event’s website for what games and activities will be going on and the requirements to participate. Usually, the requirement is as simple as “sign up.” Some things require a purchase, like a draft, but most games have the LEGO set provided for you. 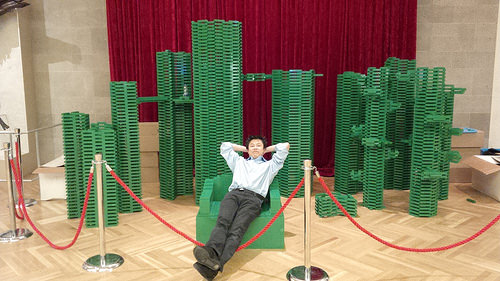 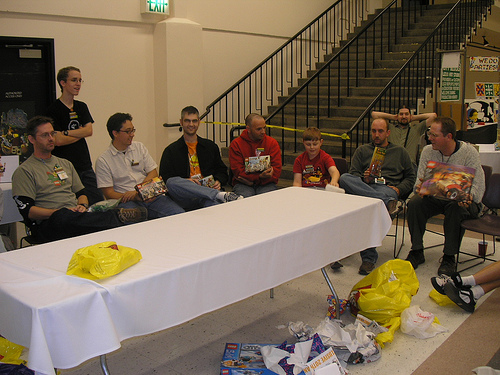 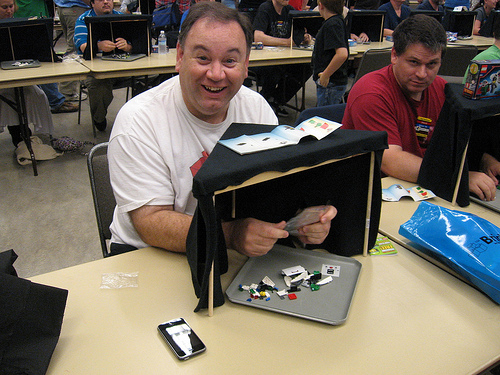 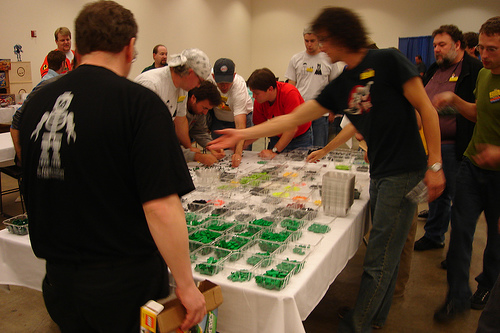 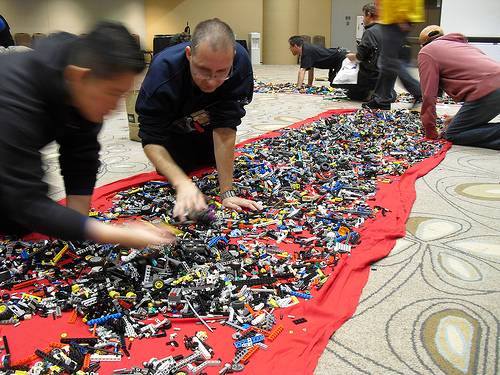 Drafts are common. This means a group of people all purchase the same set, sort it out into lots of the same element, and then each participant draws a number. Each person gets to pick what part they want based on the number they pulled. This continues until all the parts are done. There are usually official drafts, and many unofficial drafts. Keep an ear out for the unofficial ones!

Some builders will bring unsorted bulk play brick for attendees to hang out at a table and build with. Sometimes this is free-build, and sometimes it’s a theme build, depending on who brought the parts. These are great insight into how a person builds, since you’ll get to see some very talented builders create new things on the spot, and the parts choice will tell you a lot about someone’s build techniques and personality.

5. Check out all of the MOCs before or after public hours
We keep talking about the public hours, and here’s what that means: during the event, there will be a set time where the doors will open to members of the public who pay for admittance to see the awesome builds. Different events pull in different numbers, but expect 6,000-10,000 during any one of these time periods. It gets busy.

With that said, take the time to view everyone’s builds. Take your camera and do a slow walk around the display space. But do it before or after the public. Since it gets so busy, and you don’t want to miss anything, make sure you carve out time to see what everyone else has brought. Ask questions about the build, take pictures, and marvel and the awesome builds!

6. Check out the vendors before the public
During a convention, vendors bring the stock they think will sell, and often don’t bring additional stock. If something sells out, that’s it for that event, though you can often go to their website later. With that in mind, if you DO want to purchase stuff, do it before the first public day. This will help make sure you’ll get the cool things you want at first pick.

7. The LEGO Store
Much like going to meals, the LEGO store visits are frequent and recommended. Even if you don’t purchase anything, it’s worth the camaraderie of going to the LEGO store with other fans. There will be many trips over to the store, so make it known you want to go! 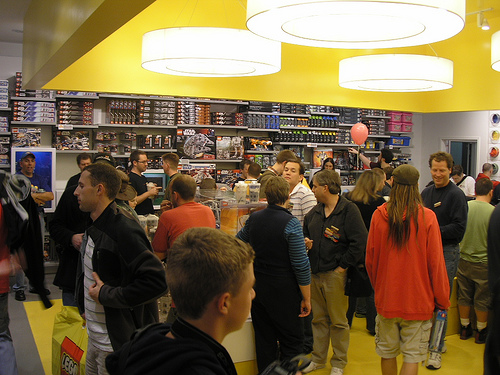 8. After Hours stuff
After the public is gone and the evening sessions are over, the convention does not stop. Often, there aren’t official events after hours, but there will be things to do and places to go. Since every convention has a different feel and flavor, ask around to see what people are doing!

Most importantly, conventions are what you make of it. There are a lot of prearranged events from organizers, but ultimately, you know what you have fun doing. So do it.

Some people want to go and only shop at the vendors for rare or unique sets. Others go to shop for third party items. Others go to show off their builds. Others go just to hang out with people. Whatever you choose to do is perfectly fine, because that’s what is going to make your convention experience the best for you.