It is not as big as the USS Intrepid by Ed Diment or the USS Harry Truman by Malle Hawking, but you have got to admire this LEGO aircraft carrier, USS Yorktown, by Marcello De Cicco. 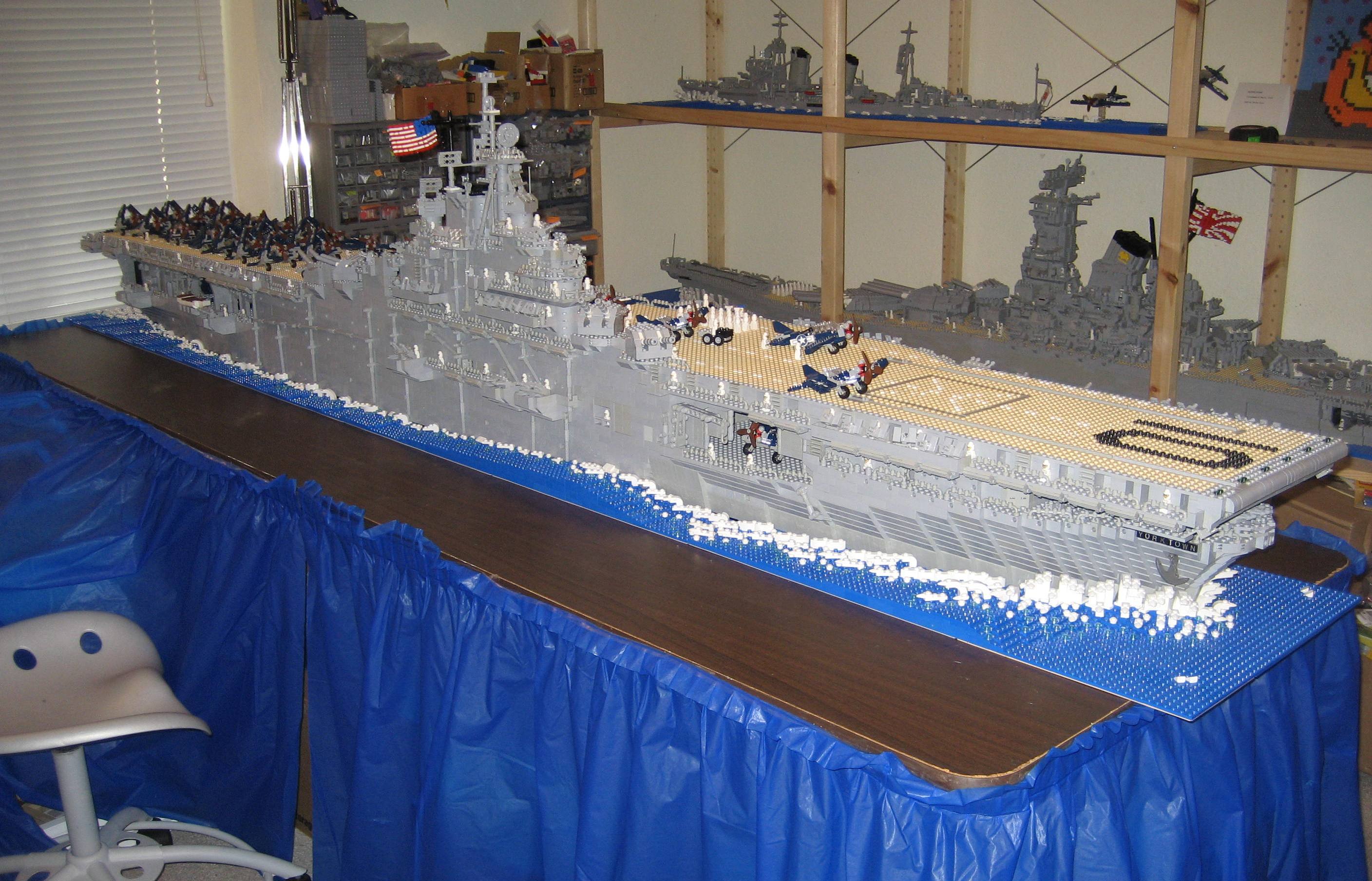 The model represents the second aircraft carrier named USS Yorktown. The first was sunk in 1942, during the Battle of Midway. One of the new Essex class carriers then under construction was named Yorktown in her honour and had a long and distinguished career that lasted until the Vietnam war. Like her sister ship, USS Intrepid, she has been preserved and now is part of a museum.

The model was built to a scale of 1/108. That is a rather small scale for building aircraft models and I am impressed by the level of detail that the builder has managed to achieve. Small is a relative term, however. With aircraft carriers being stupendously big things, this model is still a pretty whopping 8.5 ft. (or about 2.6 m) long. The photo quality does not really meet our usual standards, but I can imagine that something this big is not exactly easy to photograph and the ships in the background do not look shabby either.

Many thanks to Brick Tales for the heads up.