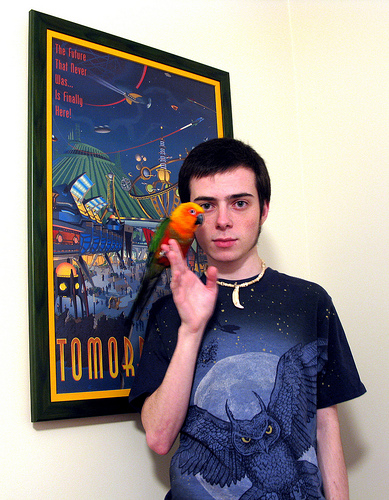 It goes without saying that Jordan Schwartz is a very talented builder for his age; even so, it may surprise you that he already landed an internship as a LEGO designer in Billund. Fresh out of high school, Jordan is heading to Denmark, early in 2011, to begin his work helping the company design new products. Below is an interview on how he got there and where he’s headed. You can learn more about Jordan on his website.

Nannan Zhang: What’s the process that led you to work for LEGO?

Jordan Schwartz: I compiled a portfolio and had it in the mail post-haste after being reminded by some friends at BrickWorld that TLG was looking to hire product designers. Shortly after that, I received an e-mail inviting me to the interview/workshop in Billund at the end of August. Naturally, I accepted. I went to the workshop/interview and went home. In the meantime, I had to start school (my first semester of college in Boston, MA) – and then, about a week into it, I received another e-mail and was offered a one-year internship as a starting point. I called the folks at LEGO to get the wheels in motion, took a leave of absence from school and now I am slated to begin said internship at the beginning of January 2011.

NZ: Can you tell us about your first visit to Billund for the workshop and interview? 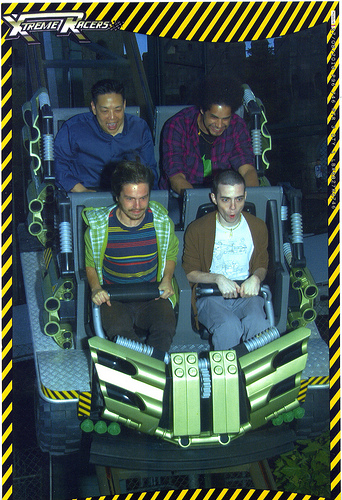 JS: This wasn’t just my first trip to Billund, it was my first time in Europe, period. I have spoken with LEGO employees who worked there before, and almost all of them have told me that it’s a pretty… “boring” place, so I had my expectations and conceptions of it before going.

Anyway, the few of us from the U.S. who were there, were flown in a little earlier than the others so that we could adjust to the time difference, and we had a great time meeting and greeting people who were flying in from all over Europe (some of them prominent AFOLs, no less!). I tell you, that workshop was one crazy think-tank of artists and designers. It was a little intimidating since I was the youngest person there (fresh out of high school) and everyone else was already out of college; despite the competitive nature of the event, everyone was incredibly warm and friendly. Simply hanging out and chatting with the other attendees, hearing where they’re from, learning of their design experience, and flipping through their portfolios was absolutely fascinating and gave me insight into what TLG is looking for in a product designer. Obviously I cannot divulge too many details about the workshop itself, though as you can imagine, it was intensive. Oh, and we got a tour of the Idea House and tickets to LEGOLAND, so that was pretty cool too! 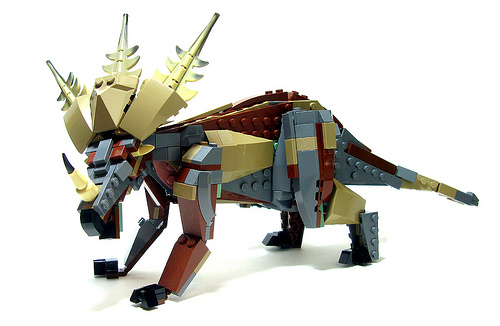 NZ: What will you be doing for your internship?

JS: I have been told what line(s) I’ll be designing for, but I’m going to have to bite my tongue on this one (at this point, I don’t know how much I’m allowed to say. Sorry!). But yes, I will be doing design work for the internship.

NZ: What are your thoughts on turning your hobby into a job?

JS: This is an interesting question, especially because this topic gets tossed around different forums all the time and everyone seems to have a different take on it. Some people would never want to turn their hobby into their job; some people would do it in a heartbeat. I happen to fall in this second group. Yes, LEGO is a hobby of mine, but why is it a hobby of mine? I can confidently say I still love LEGO because it takes me back – it is nostalgic; every time I build something with LEGO elements, I think about the good old times when I’d “play” with LEGO, and not “design” with it. Literally, some of my best memories have to do with LEGO; at the risk of sounding pretentious or cliché, these memories are very important to me, as I am a nostalgic kind of guy. This doesn’t go just for LEGO, but anything from my childhood (like now defunct Walt Disney World attractions, or those awesome Nickelodeon cartoons that I’ll never see again). And it is for this reason why I want to work for the company – I want to help create the products that children will enjoy now, and might have an affinity for, years down the road. 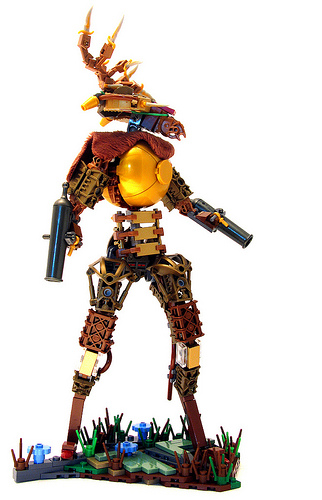 I am moving from designing for myself and/or for the viewing pleasure of my fellow AFOLs, to designing for kids. And that’s an honor that has certainly validated my own affinity for LEGO and the work I’ve put into my creations over the years! Furthermore, being a product designer for LEGO is a dream job of mine (I’ve got a couple others, too, but this tops the list) – it’s not like I’ve been building for a few years in the online community and then just applied for the job just for giggles. I’ve always wanted to do this work – in fact, my mother dug up some old papers from grade school, and when prompted to write “What (I) want to be when I grow up” I always answered “I want to work for The LEGO Company.”

NZ: What are you looking forward to the most in Billund?

JS: Taxes! No, ok, not taxes. As far as TLG goes, learning how to design a good set, learning what sells, et cetera, et cetera. These guys are the best, you know! As far as living in Billund goes, being on my own for the first time. Ever since I started looking into schools, I’ve been getting really anxious and restless so I’m lucky that this opportunity has come so that I can kick myself out of the nest! (Oh, Southern New England for 18 years and an extra 4 for school, that’s refreshing). Though when I would talk about moving far, far away for school, I don’t think my family completely believed me…but I guess I’ve put my money where my mouth is! 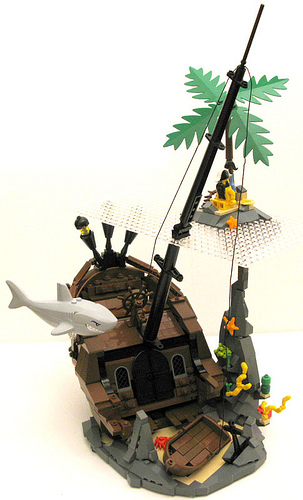 NZ: Will there be a change in your involvement in the fan communities?

JS: Well, I hardly ever say anything anywhere online anyway…so no. And if I can somehow get to conventions, I will. Those are always a blast. My MOC output is going to virtually stop for a little while, that I can promise. If I have the opportunity to build a MOC, I will and I will post it, but I’d imagine those chances are slim. I hear some designers can’t stand building more than they have to at work, and others can’t get enough, so I’m curious to see where I’ll stand on that issue (I honestly have no clue whether or not I’ll be ‘all LEGO-ed out’ on account of work…time will tell).

NZ: Will you still contribute to BrickJournal?

JS: I have already spoken to Joe Meno, and I plan on staying as a contributor. Given my answer to the previous question, my articles will probably focus more on technique rather than an individual MOC (my article for the next issue already moves to this format anyway, with a small variety of MOCs to illustrate what I describe). BrickJournal has been a fantastic place for me to talk about some of the creations I’ve built, and I am so grateful to Joe for the opportunity to contribute. So I will try my best to offer something for future issues. After all, BrickJournal combines my two passions – LEGO and writing!

NZ: What are your future plans regarding LEGO? 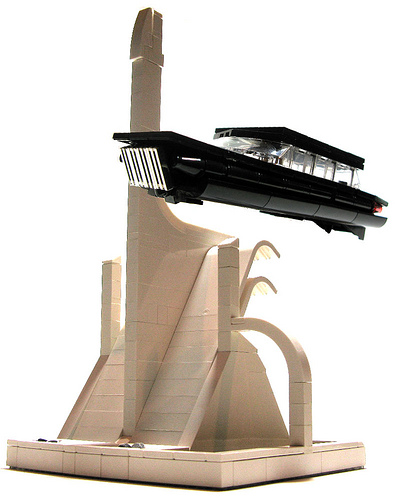 JS: Only time can answer this question. If the folks at TLG are happy with my performance and decide to offer me full employment, I’ll probably take it. If not, then I would have worked for a year and had an utterly fantastic experience in the highly competitive world of design. It’s a win-win. As far as my education goes, my going to college is a matter of “when” and not “if”. As soon as I can go, I plan on going, but it will be delayed at least a year (which is funny, because I was the studious valedictorian nerd at school…people from my high school, who have found out I’ve left school, have been pretty surprised). I want to eventually major in either architecture or industrial design (most likely the former). I used to daydream about where the future might lead me, and becoming a product designer for TLG has always been #1 on my list. So I’m pretty darn happy (and lucky) this dream has come true for me so soon.