The Kockice LEGO Club based in Zagreb, Croatia is hosting a large Lego expo from May 13 to June 24. If you’re around the area, this is an event you may want to check out. 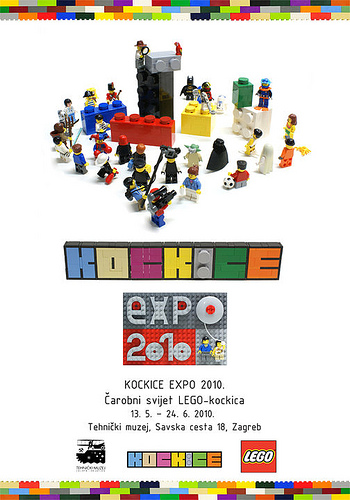 Here’s some info on what’s included in the expo from the coordinator Matija Grguric.

There will be featured lots of large models, including all current exclusive sets, a large city diorama, scaled models of Croatian buildings, a steampunk diorama featuring more than 30 aircrafts, castle diorama, pirates diorama, SW dioramas, space and many more. Exhibition space is spread on 450 square meters. LEGO is also participating with some of their models and displays, including a huge Einstein head weighing more than 250 kg.

There is also a playing area for kids and a playing workshop for kids where they build a huge fireman out of basic bricks. There will also be posters with models from AFOLs around the world, and some posters with history of LEGO, LUGs, AFOLs, SNOT and many others!