Talented builder and former TBB contributor Linus Bohman recently unveiled LEGO Building School (LBS), a new application for his LEGO-related app project, Swooshable. It warrants something more than a simple referral, so, in true TBB fashion, I used an Imperial interrogation droid on him. 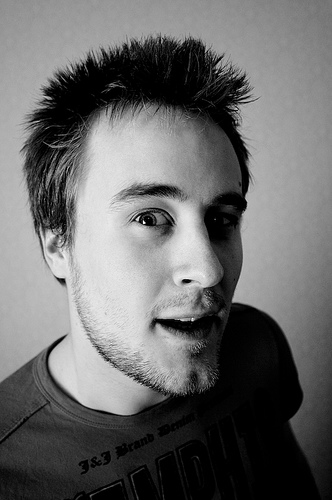 TBB: You went through a bit of mini-dark age recently. Why was that, how long did it last, and why are you coming out of it?

Linus Bohman: I think I’ve been on a LEGO hiatus for almost a year and a half, give or take. Life and my hyperactive nature came in the way. I tend to stock up on things that I really like and do those 100% – all of them at the same time. So I was working full time, doing heavy freelancing, studying a bit, constantly moving, as well as trying to spend time with friends and family and get time for hobbies. It didn’t really work out so I eliminated everything but the basics: friends and family. I quit my job to do something I really enjoy, stopped freelancing, found a nice place that I settled in, and now I’m adding in hobbies again. That purge was the best thing I’ve ever done, but I also needed the busy period – I learned many, many really useful skills.

TBB: What are you especially hoping to accomplish with LBS? What needs do you think it meets?

LB: LBS was built to answer questions like “How do I become a better builder” or “What is SNOT?”. The answers float around in the community, but they’ve been hard to find since the post-LUGNET community is so fragmented. I don’t believe we need a central place for communicating with each other – those things tend to work out anyway – but I do believe we need various central hubs for other things. TBB has largely filled the LEGO news niche, for instance. I intend for LBS to fill the learning niche, at least until something better comes along.

TBB: What inspired you to start working on Swooshable?

LB: Well, to be honest: nothing significant has changed in the community while I was away. The conversation is mainly held on flickr instead of in niche forums and different building styles have evolved, but otherwise we haven’t really gotten anywhere as a group. The same questions are asked, the same needs go unfulfilled. The community boat needs some gentle rocking – and intend to lead by example. I looked at my skills, workflow and already finished material and decided that the best way to do it, without falling into the half-assed trap many other LEGO projects end up in, was to do short bursts of self contained apps. They may be fun for a while (like the probable life span of the Fad Masher) or usable for a long time (like LBS), but either way they’ll make people think a bit differently.

TBB: Tell us a little bit about the special features of LBS.

LB: I have two criteria that guides all of the Swooshable apps:

Thus, if you use LBS you’ll find that it’s mainly just a toolbar. You do everything from this toolbar, and it follows you around on the different sites (except flickr which doesn’t allow these sorts of things). If the toolbar gets in the way you can just flick it to the side, and it’s there when you need it again by the press of a button. The lesson listing only display the basic information for easy scanability, but still encourages exploration. If we’ll need a new moderator it’s as simple as creating an account. People can also submit articles directly through the toolbar, so that I (hopefully) don’t have to monitor the entire community to get the freshest and bestest material. *hint hint*

Of course, nothing is set in stone. I monitor statistics, comments and behavioral patterns pretty carefully, and intend to make things better if I discover things aren’t working as planned. Iterative work for the win! 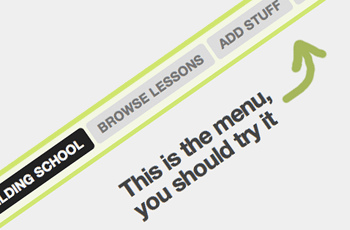 TBB: What do you think are the most important things that you hope newer LEGO fans as well as veterans will get out of LBS?

LB: The ability to focus on building and cultivating better discussions. Want to learn some new techniques? Stop hunting them down and go to LBS. A new guy wants to get into the building scene? Head on over to LBS and read up on what you can, then explore the forums and ask good questions instead of mediocre ones. Those are the main ways I believe the School will make a difference, but these things are pretty much impossible to predict. I’m very open to different way of using them, or making them into something else than they are. Creativity is fun like that.

TBB: What’s your vision of what the adult LEGO fan community should be, and where do you think Swooshable and LBS fit in that vision?

LB: I don’t have a vision, but rather a wish: that we stop making so much darn drama and do fun stuff instead. Sometimes it feels like we fight internally as soon as someone is doing something different – be it making money off of the LEGO hobby, get a certain number of fanboys or use clone bricks. Different isn’t bad; it’s just different. Something great may come from the next different thing.

Okay, so I do have a vision, then. More intentional chaos, less demeaning of different stuff. Creativity to the people!

TBB: What’s the next Swooshable app up your sleeve?

LB: I’m choosing between ten or so ideas. I need to do some testing to get an indication of which ones will fly and which ones will fall, but it’ll be something really simple this time. LBS took a lot of time to sketch out and build, and now I need to do something that is less worky and more silly. I’ve been itching to do something that gives me a feeling for the general community – perhaps something to do with all of the LEGO blogs out there? Or a continuation of Repoort’s old but inspiring Creativity Challenge?

In the future I want to do a project of a more emotional nature. Unfortunately I need a good amount of people to be involved before I release it in order to make it good. I’m putting a lot of faith in the Swooshable mailing list for that. If anyone wants to help me and receive notifications when a new Swooshable app is ready, please join it!

TBB: Thank you very much! Anything else you think is important for us to know?
LB: If someone accidentally got my fame, money or girls, please point them in my direction. Thanks.

3 comments on “Empire of swoosh: a chat with Linus Bohman, creator of Swooshable.com [Interview]”