I was lucky enough to catch a foul and evil virus while at BrickCon last weekend. I was sick all week, but I’m finally feeling well enough to do some blogging. Several of the things that caught my eye during my illness have already been covered by other contributors here, but at least one is still unblogged. Tyler Clites’s (legohaulic) Remote Armor Team. 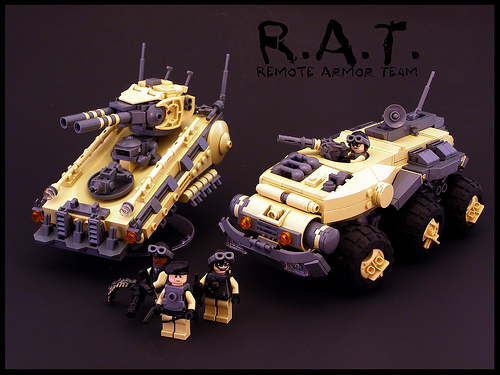 Some people (like Tyler himself) may think that I like this just because of my well-known soft spot for the combination of tan and dark gray. While that’s certainly a part of it, the hover tank has a great look to it. In fact, it reminds me of some concept art that I’ve been wanting to build for months. Whether or not the same inspiration was there, I’m glad someone has built a hovertank in this style.