LEGO models with smooth curves and bright colors – they’re just a joy to behold. But there’s more than colors and curves to like about this build by BobnDeQuatre. In Takoizukame – The Shrine Keeper, those qualities are combined with some sweet part usage. Take, for example, the hubcaps in the upper arms. Or the Chima flywheels in the feet. And is that a Ninjago Spinner at the center of the mech’s chest? *Chef’s kiss* 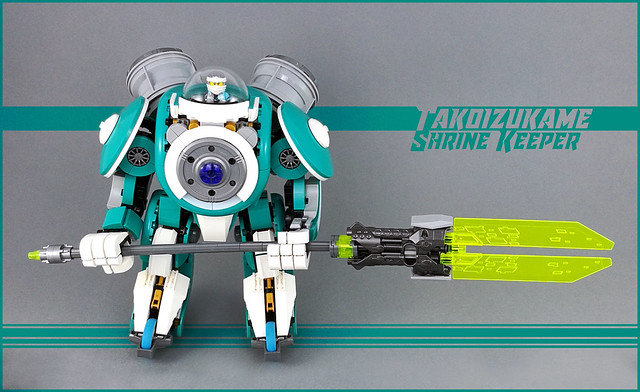 The rearview also showcases some great building techniques. Check out how the 5×5 arch bricks switch orientation and mix and match with the quarter-circle tiles to create smooth transitions and complex shapes. 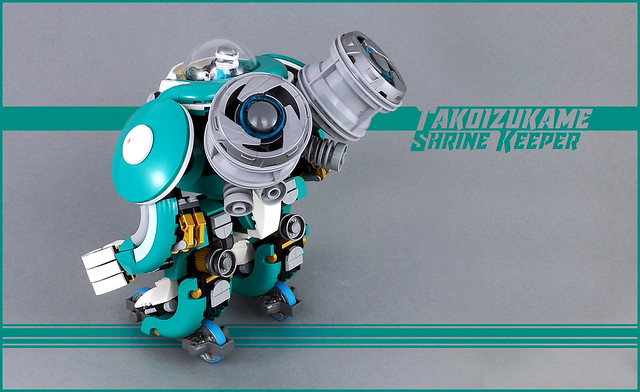 At the end of the day, though, it’s probably the fact that the colors remind me of the Downtown Diner that makes this mech near and dear to my heart. Retro-Town-Ninjago is a popular sub-theme, right? 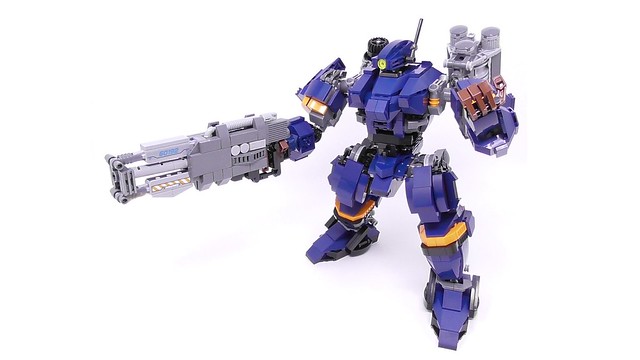