Despite the cancellation of the event where I was going to display them, I’m still building a collection of LEGO minifig scale experimental aircraft. I like building them, and there’s always next year (or the year after that). The latest addition is the British Aerospace EAP. This stands for Experimental Aircraft Programme. Americans may object to the spelling of “programme.” However, they should bear in mind that it is British. The name is still terrible, though. It just doesn’t have the same ring as, say, Spitfire, Hurricane, Lightning, or Tornado. Furthermore, it doesn’t suggest that it refers to an actual aircraft rather than to some study. 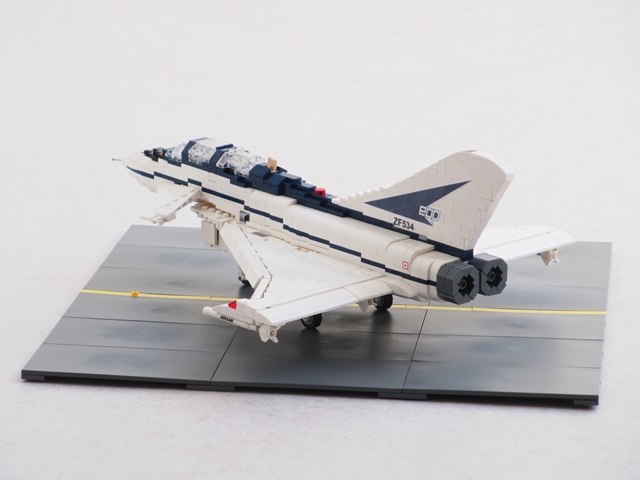 It was designed in the early eighties, as a technology demonstrator for a new fighter to counter the Soviet MiG-29 Fulcrum and Su-27 Flanker. These jets were far more advanced and agile than most of the jets that served NATO. Italy’s fighter was the ancient F-104 Starfighter. The RAF and German Air Forces still used F-4 Phantoms, from the sixties. The new Soviet jets outclassed all of them. New Tornado jets entering service wouldn’t fare much better, because they were fighter bombers. The three countries started collaborating on a new fighter. However, as is common with European defense programs, the collaboration soon ran into political difficulties. Germany hoped to collaborate with France, instead and withdrew its funding. Nonetheless, the UK’s defense industry forged ahead, with private and with UK and Italian government funding. 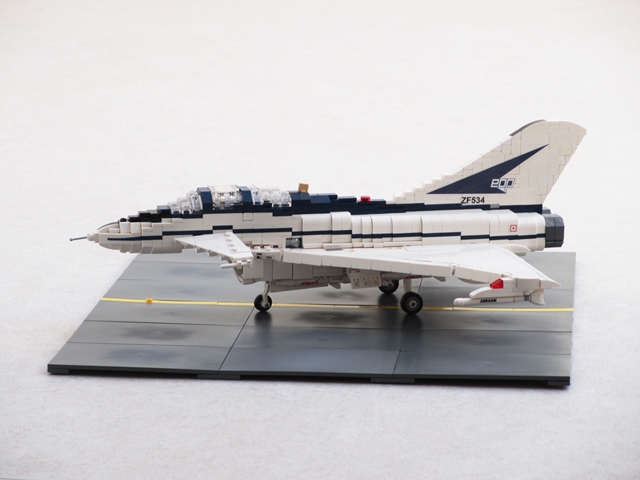 British Aerospace built a single prototype. It’s a very pretty aircraft, with an elegant fuselage, a cranked delta wing, and canard foreplanes. It first flew in 1986 and was retired five years later, after about 250 flights. The French would only collaborate with Germany if the French industry could have the lead. So, when the time came to build a production aircraft, Germany joined the UK, Italy, and Spain. They built the new European Fighter Aircraft, popularly known as the Typhoon. Now, that’s a good name. The British, with their EAP, paved the way, though.

There are a few cars from the 60’s that are instantly recognizable in any form they take, and the Mini is definitely one of them. Originally produced from 1959-2000 by the English-based British Motor Corporation and its successors, it became an icon for British popular culture. This LEGO model by Pixeljunkie captures the iconic vehicle quite nicely. The custom chrome elements and racing stripes give the tiny car so much character, and the use of a minifigure roller skate for the door handle is pure genius. I also love the gold ingot piece as the headrest on the driver seat. 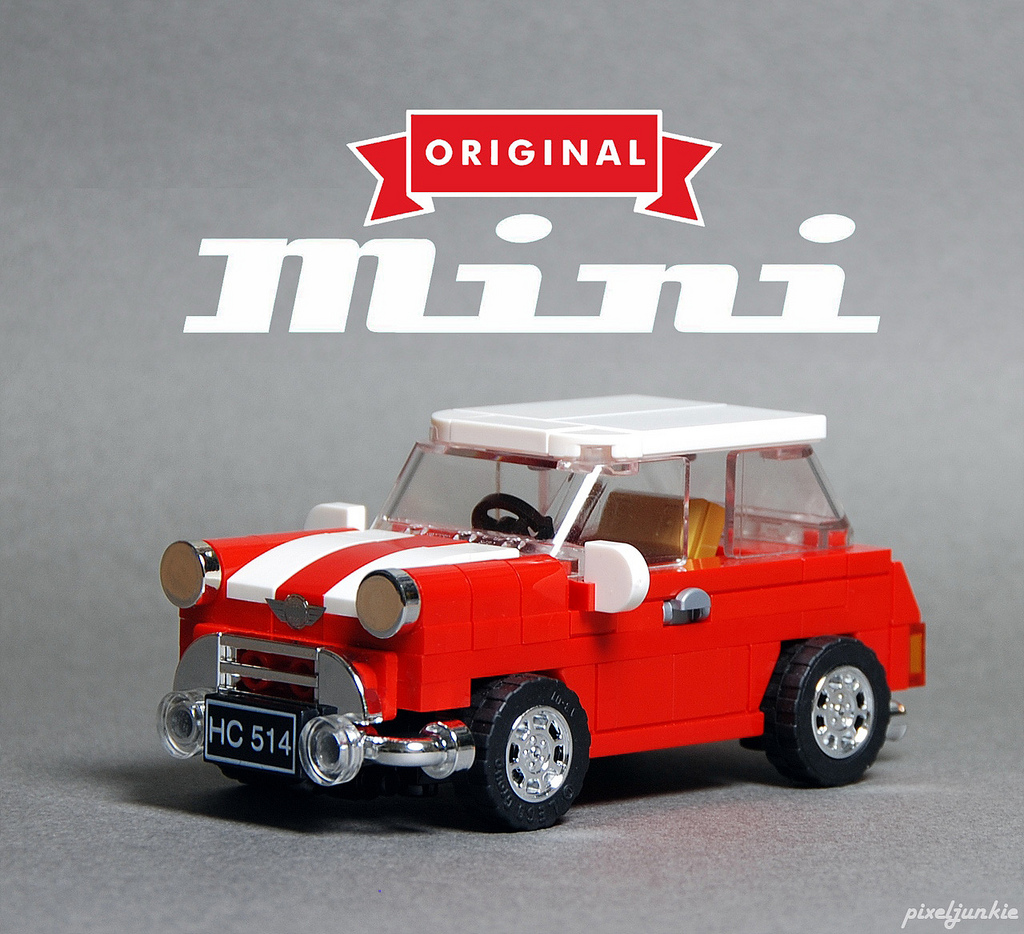 Oh, and in case you are wondering… it does fit a minifigure driver. 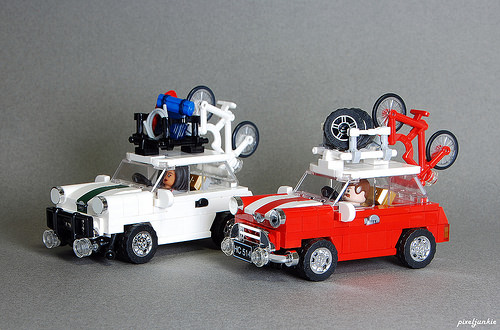 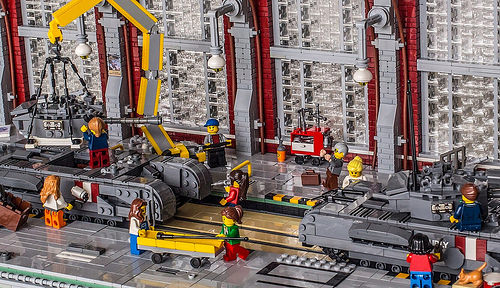 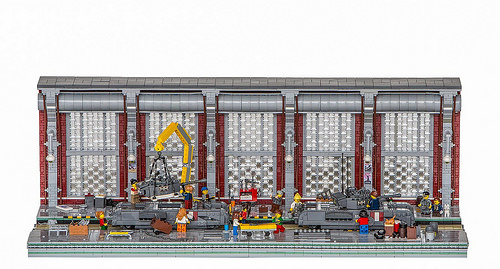