In my experience, bonsai trees are kind of fragile. But this sturdy specimen from Louis of Nutwood isn’t phased by harsh weather.  With a snowy covering on the autumn-hued leaves, this tiny tree is ready for a long winter’s nap. I really like the evocative colors, the twisting trunk, and the tiny lantern on the edge of the pot. 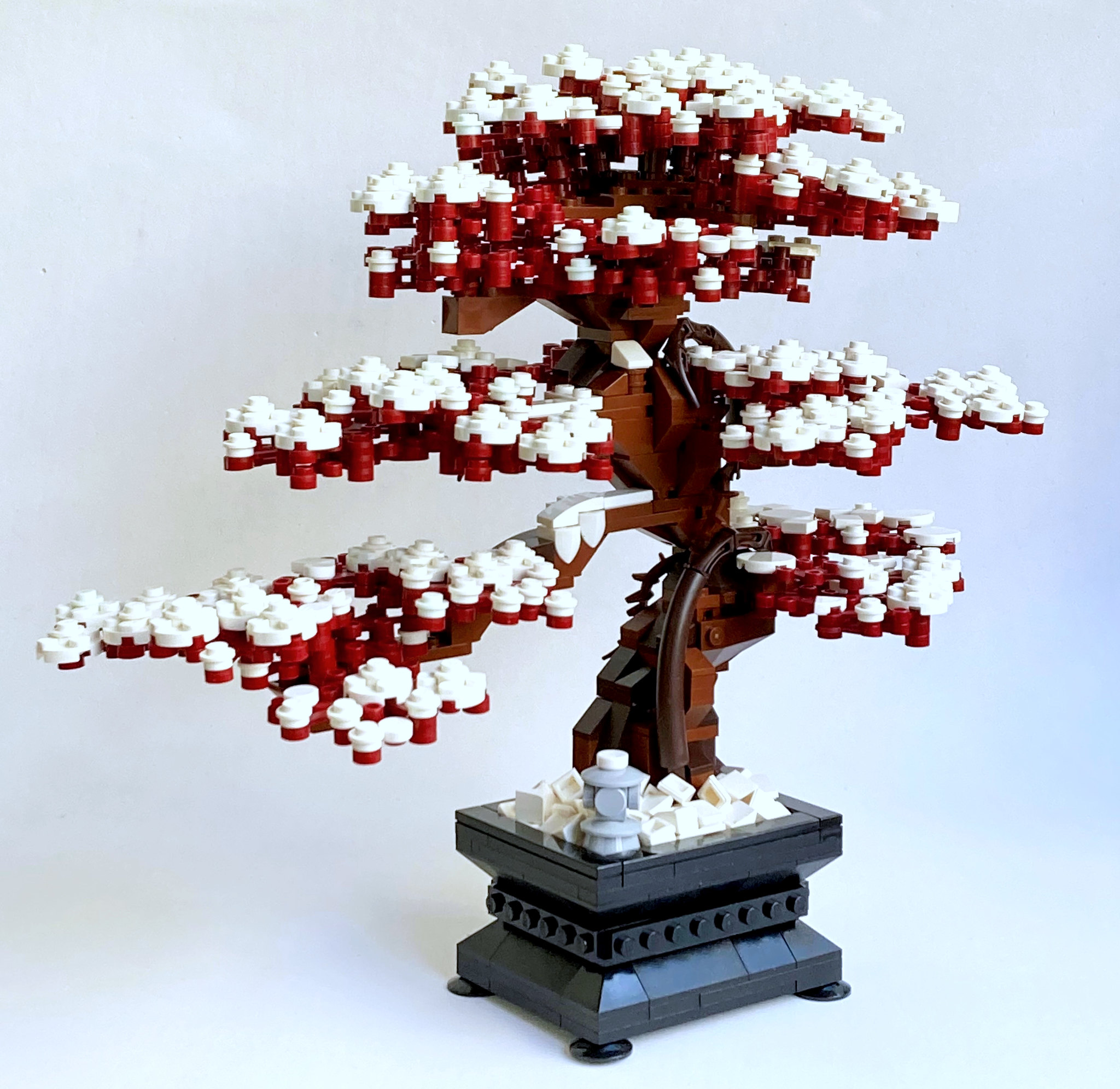 This bonsai started life as part of a larger build, Louis’ Toro Nagashi Temple. It’s a great example of how removing a section of a larger creation can completely transform how its seen; in the temple scene this is “just” a full-sized tree.  But recontextualize it and suddenly you’ve got a desk-sized botanical that could go head-to-head with LEGO’s own 10281 Bonsai Tree. Check out our bonsai tag for even more pint-sized greatness!

Nature has been manipulated by human hands for centuries. While certainly nature always finds a way, seemingly so do we humans. Simon Liu’s LEGO bonsai model which was entered into Brickset’s bonsai contest, inspires the philosophical mind to produce musings on the relationship between humankind and nature. 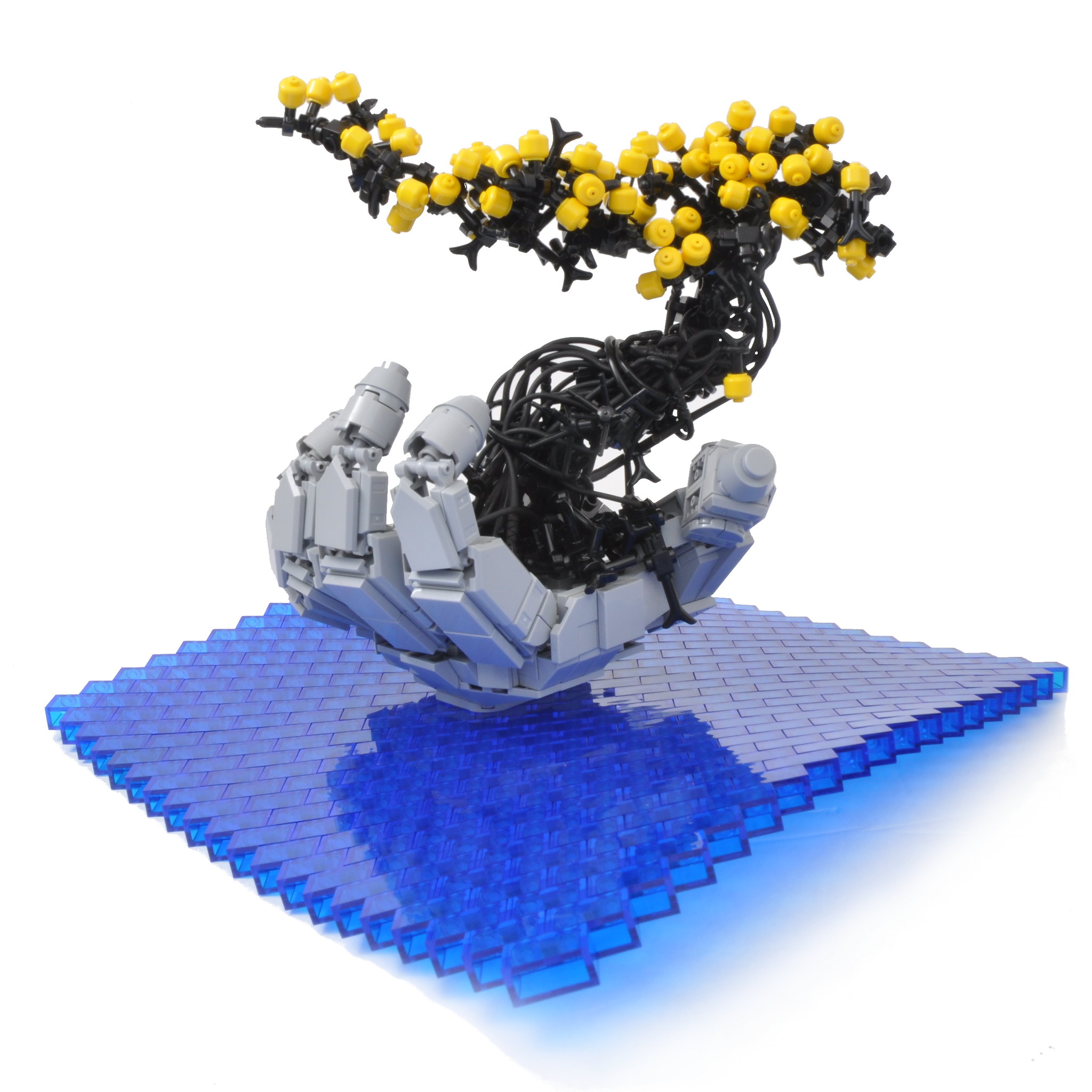 Simon’s model is visually striking and compositionally different from most bonsais I have seen so far. Instead of the tree growing out of the typical rectangular pot, this plant is growing out of the palm of a grey hand fashioned out of a number of small elements including 2×2 tiles, diamond shields, and ingots. The bonsai itself is shaped by a number of wiry black elements most notably the whip and twig pieces. The flowers featured on this build are rendered by baby minifigure heads – an unusual but effective choice. This handy bonsai rests on a sea of 1×2 trans-clear blue bricks, which was a nice touch. For whatever reason this model reminds me of the film WALL-E, with the robot’s little hand carrying the plant – the key to our planet. 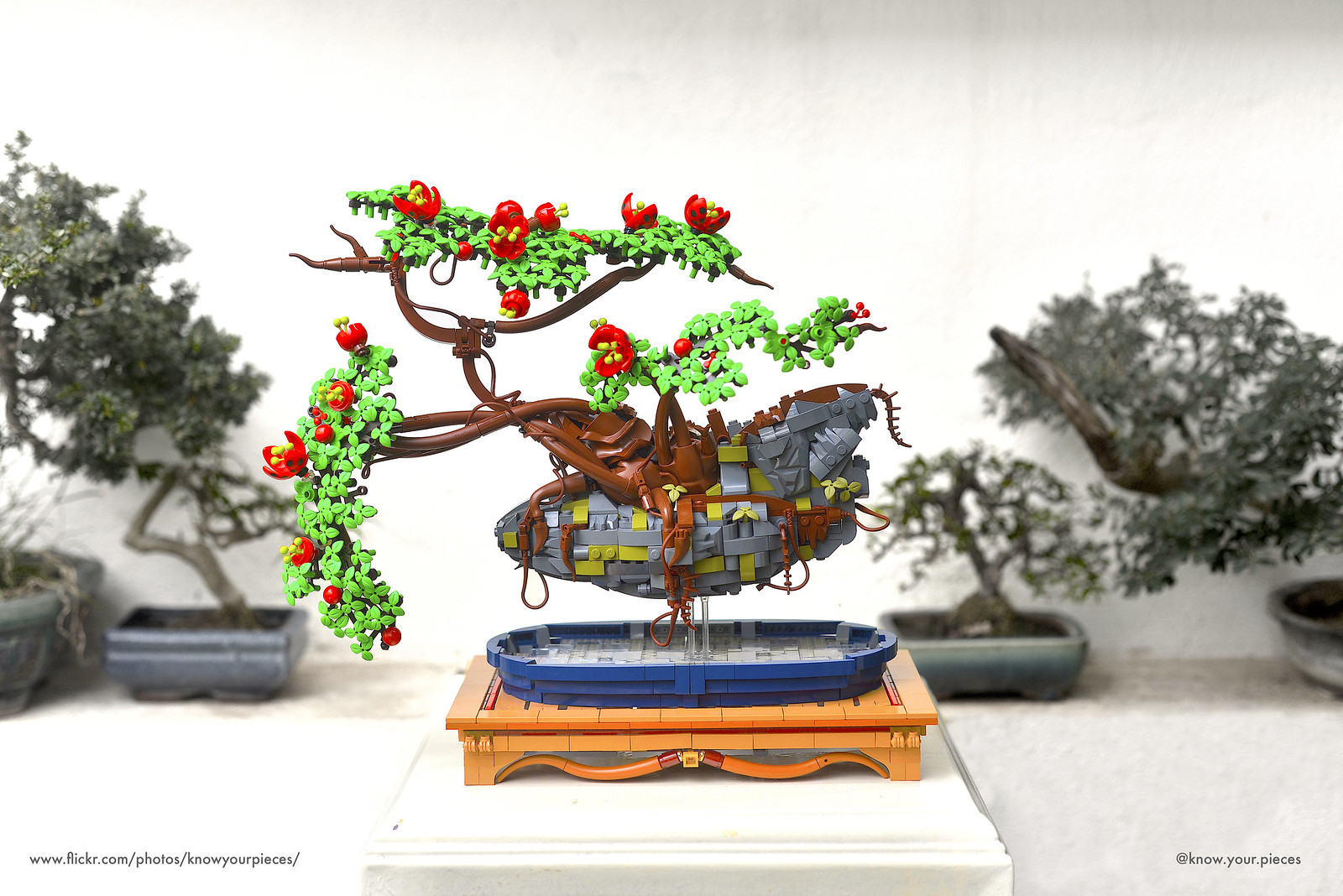 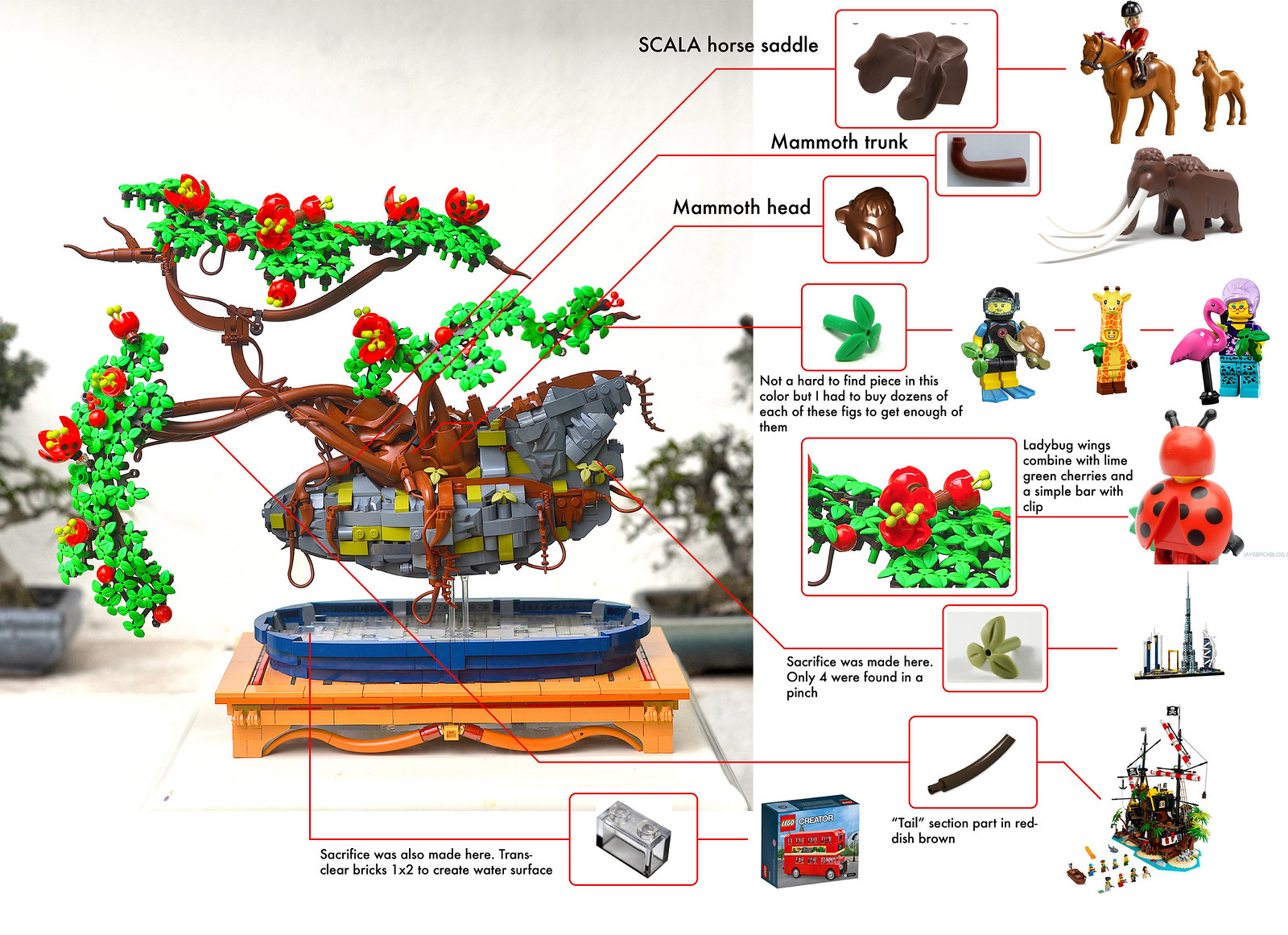