The above expression may not be familiar to English speakers, but you might think of it as the Chinese equivalent to “letting the cat out of the bag”. And like many common sayings, this one has a historical origin: In 228 BC, as a last ditch attempt to avoid invasion by its enemies, the nation of Yan sent a man named Jing Ke to assassinate the King of Qin. Using a map of Yan’s most fertile areas as bait, Jing Ke was able to get close to the King, and as he unfurled it, he pulled out a dagger that had been hidden inside. 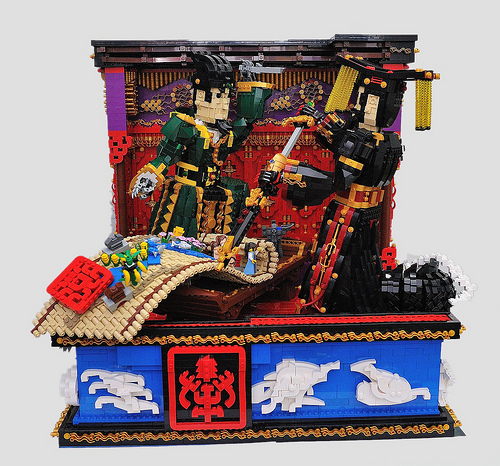 Hong Kong builder Vincent Cheung (fvin&yan) has created this fabulous portrayal of the attempted assassination, in a style very similar to his Beauty and the Beast sculpture. I love the freeze-frame action of the characters, and of course the three-dimensional detailing on the map! Vincent was clearly influenced by folk art depicting the event, as you can see from this example: 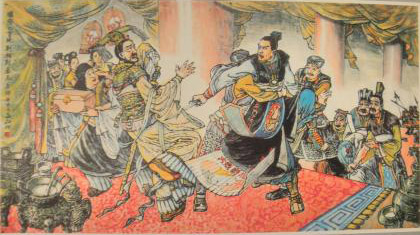