After an almost five-year hiatus on his Flickr, builder Rob Dasnewten is back with another ship that almost blows the rest out of the sky. He must’ve been traveling the cosmos during that time, because the level of detail he’s returned with seems almost hands-on. Rob, are you actually from the future, or are you just a sentient being from a space-faring species? Yet again resurrecting the green cockpit design from several of his previous builds, he developed a ship that seems like a perfect upgrade to the VO-Eighty we covered back in 2009. Thirteen years is a long time in the LEGO world when you consider the number of new pieces and colors that have entered and forever changed the System. Even though it’s been five years since his last post, it’s clear that Rob hasn’t forgotten a thing and maybe even learned some more. Let’s see what this legend has to teach us. 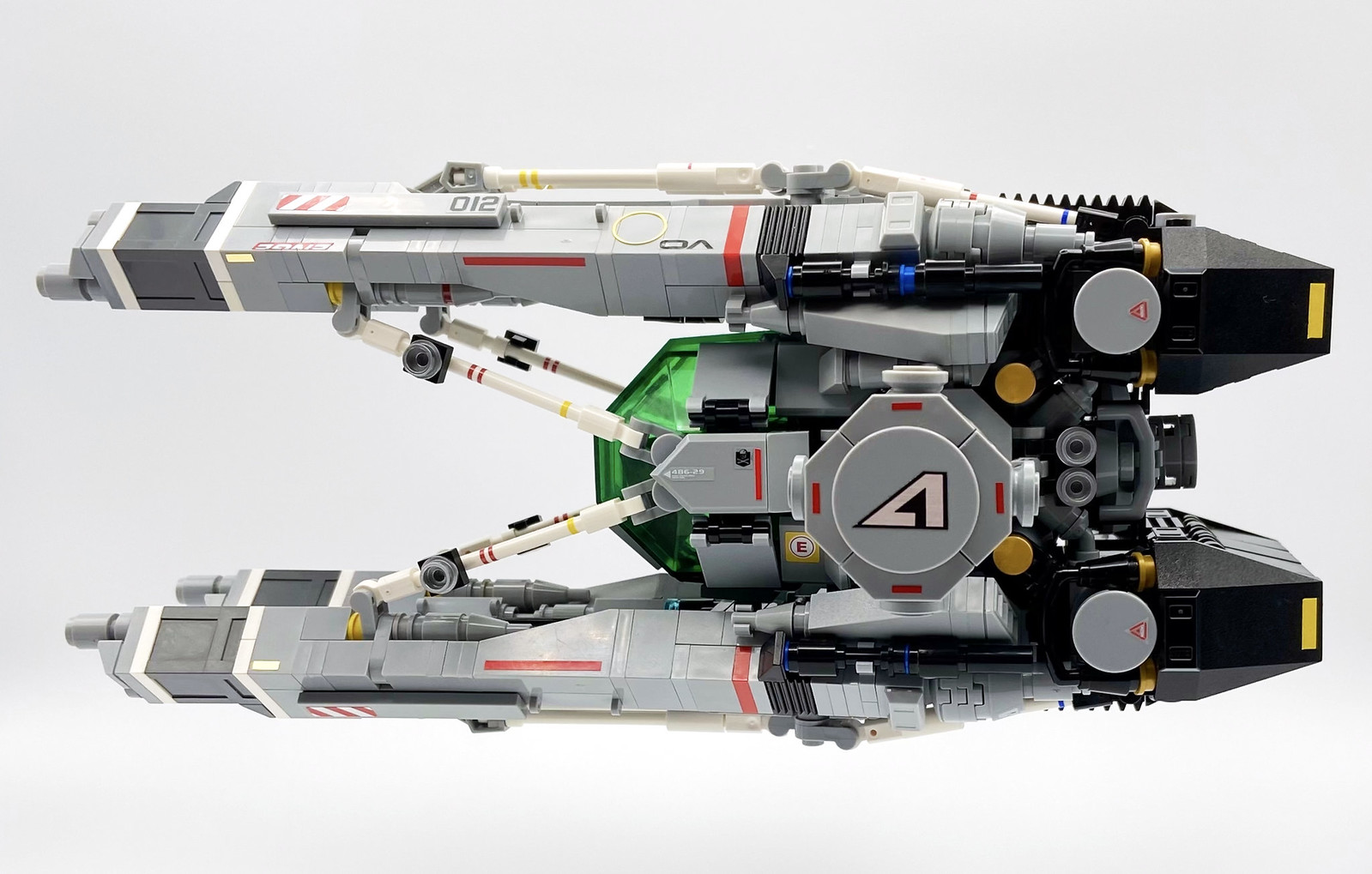 Roughly resembling a Slingshot racer from the Expanse, this tiny craft surely has impressive maneuverability. It’s hard to point out all the details so I’ll let the photos speak for themselves. There are just an insane amount of tiny elements here layering into a believable spacecraft. Rob will be the first to admit that the green cockpit design isn’t wholly original, appearing back in 1991 with Blacktron 6887 Allied Avenger. That being said, our guy wasn’t building back then so it was original to him when he first developed it. I myself was only 1 year old when that set came out, so I wouldn’t have known either, honestly. Ultimately, this just speaks to the power and logic of the System. Plus it looks damn good nested within those supports and plating. 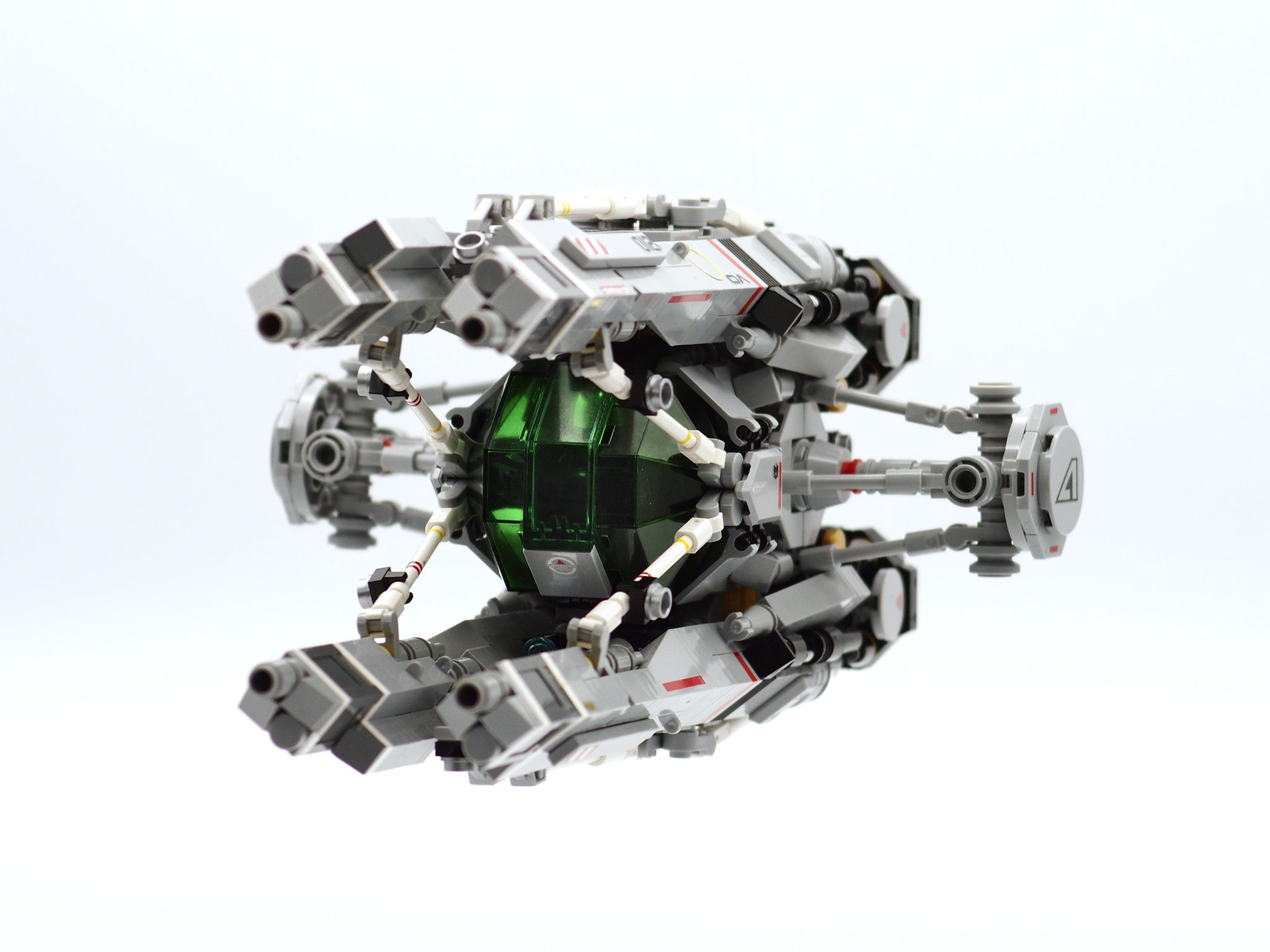 Rounded hinge studs, bar connectors, and candlesticks fit with paint rollers, wheel hubs, and more to form stabilizing boosters adjacent to the main engines. In such a small vessel, space counts for everything and Rob does well to show us just how detailed you can get with the right parts and a good eye. Balancing the right techniques with appropriate color-blocking and stickers adds the extra level of realism that always has people doing triple-takes of Rob Dasnewten’s legendary designs. 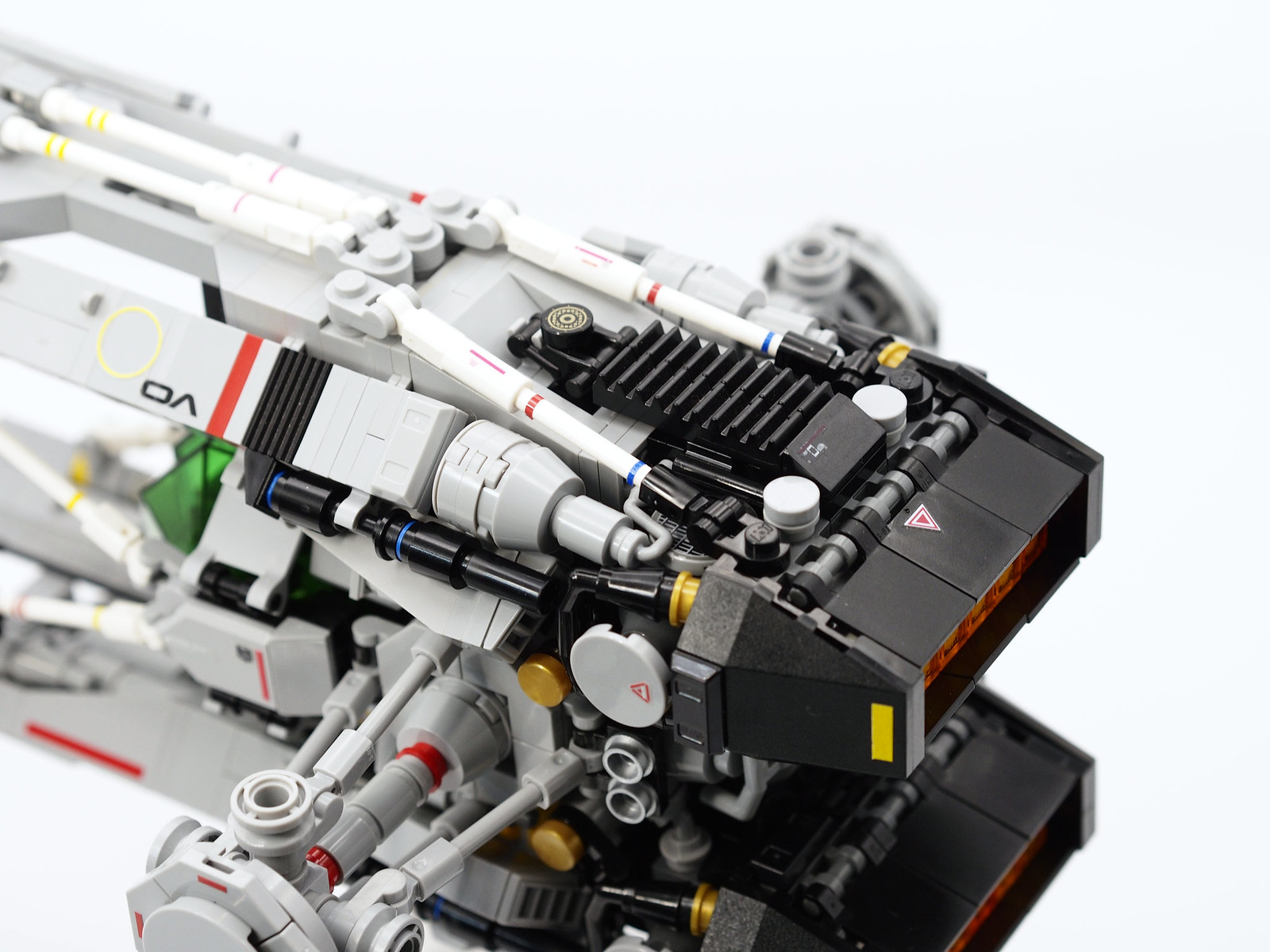 Hopefully this means Rob will be sharing more with us in the future. Dark Ages aren’t always a one time thing in our lives but the great thing about the LEGO community is we’ll always welcome you back with open arms.